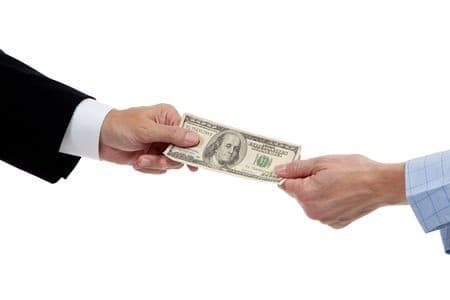 Shifting the risk of an owner’s possible non-payment from one party to another is neither simple nor guaranteed. Unsuspecting parties can quickly find themselves locked into an agreement containing a payment provision susceptible to conflicting interpretations. What the parties intended, and thought they understood, may in fact not be what they obtain.


A case in point, a subcontractor found itself in the unexpected position of waiting to get paid until the party with whom it contracted was paid by the owner. The center of the dispute involved the interpretation of the following payment provision contained in the written subcontract between the parties.

a) Subcontractor is relying upon the financial responsibility of Owner in performing the Work. It is understood by Subcontractor that payment for the work is to be made from funds received from Owner by Contractor in respect to the Work.

Such payment provisions in construction contracts are commonly referred to as pay-when-paid clauses. While seemingly straight forward at first glance, many are actually ambiguous. The pay-when-paid language can be interpreted on the one hand as establishing a condition precedent where payment must first be received from the owner before it can be paid out to the service provider, or, on the other hand, as simply fixing a reasonable time frame for when payment is to be made.[iv] When interpreted as a condition precedent, the provider will get paid only on the condition that the party with whom it contracted has been paid by the owner. However, when seen as fixing a reasonable time frame for payment, the pay-when-paid language is treated as an absolute, unconditional promise by the general contractor to pay the subcontractor, with the understanding that the payment may be delayed for some reasonable time while the general contractor obtains payment from the owner.

More often than not, a service provider who thought he had secured a definite promise of payment realizes too late that, in fact, no payment will be forthcoming unless the general contractor receives payment from the owner.

The question is, can the intent of either party alter the individual outcome of these cases? Contrary to what one might expect, when it comes to construing these pay-when-paid provisions, most jurisdictions, including Florida, have precluded the trier of fact from determining what the parties actually intended on a case by case basis.

Ordinarily, the interpretation of a written contract is a matter of law to be determined by the court.[vi] In cases where the terms of a contract are ambiguous, however, the intention of the parties plays a pivotal role in determining which interpretation applies. In such situations, the actual intention of the parties is submitted to the jury as a question of fact. Although this principle of law is applied in most situations, disputes between contractors and subcontractors in reference to ambiguous pay-when-paid provisions are treated as the exception.[viii] That is, the question about what the parties actually intended in such cases is determined a matter of law.[ix] The explanation provided by the Court for its departure from the general rule is based on the supposed predictability and nature of the transaction.

If an issue of contract interpretation concerns the intention of the parties, that intention may be determined from the written contract, as a matter of law, when the nature of the transaction lends itself to judicial interpretation. A number of courts, with whom we agree, have recognized that contracts between small subcontractors and general contractors on large construction projects are such transactions. The reason is that the relationship between the parties is a common one and usually their intent will not differ from transaction to transaction, although it may be differently expressed.

Such reasoning was drawn from a case where the written contract required the general contractor to make payment to its subcontractors within thirty (30) days after completion of the work included in this subcontract, written acceptance by the Architect and full payment therefore by the Owner.

Based upon a finding of ambiguity in this payment provision, the Florida Supreme Court held, as a matter of law, that payment by the owner was not a condition precedent to the subcontractor’s right to receive payment. This case, Peacock Construction Co. v. Modern Air Conditioning, Inc., while still good law, does raise some interesting issues. Because the Court was apparently focusing on contracts between small subcontractors and general contractors on large construction projects, then is one to assume that the Peacock precedent need not apply to disputes arising from small construction projects? And what exactly is the definition of a A large construction project? If applied as a bright line rule to all transactions between contractors and subcontractors, however small they or the construction job might be, then isn’t the Peacock rule unfairly favoring one party over the other? Unfortunately, the reported cases over some twenty years that have followed Peacock have yet to address these issues.

The Court in Peacock did recognize that nothing prevents parties from shifting the risk of an owner’s nonpayment provided the contract expressly and unambiguously states such intent. The burden of clear expression is on the party seeking to pay only when paid,[xiv] and any ambiguity will be construed against it as a matter of law.

The bottom line is that risk shifting requires clarity, consistency within all of the documents in a transaction, and a knowledge of the law governing payment provisions in construction contracts. pay-when-paid clause, if intended to create a pre-condition to payment, as opposed to a reasonable time frame when payment will be made, must be free of any ambiguity and must establish by its express terms that payment by the owner is a condition precedent to any requirement on the part of one party to pay the other. By way of example, this provision has been held not to be a contingent payment clause:
Under no circumstances shall the contractor be obligated to pay the subcontractor until funds have been advanced by the owner.

The court also rejected a contractor’s argument that the following subcontract term shifted the risk of the owner’s nonpayment or delayed payment to the subcontractor:
Subcontractor shall be entitled to receive all progress payments and the final payment within ten working days after contractor receives payment for such from the owner, except as otherwise provided in the conditions.

However, the following cited definitive provisions have been upheld:

A Final payment, inclusive of retention, shall be made within thirty (30) days of completion of the construction project, acceptance of same by the owner, and as a condition precedent, receipt of final payment of subcontractor from the owner.

When all work has been finally accepted by the Architect and…, final payment is contingent upon payment to the Contractor and shall be made within thirty (30) days after said payment from the Owner, provided the Subcontractor has previously furnished complete releases of lien and evidence of paid material bills.
Sureties are also not immune from this predicament. They may find out too late that the language set forth in their bonds may not be sufficient to protect them from claims by subcontractors for payment. Often, payment bonds furnished by a surety to a contractor contain the legend specified in section 713.245, Florida Statutes, for conditional payment bonds (bonds which condition payment to a subcontractor upon payment to the contractor):

This bond only covers claims of subcontractors, sub-subcontractors, suppliers, and laborers to the extent the contractor has been paid for the labor, services, or materials provided by such persons. This bond does not preclude you from serving a notice to owner or filing a claim of lien on this project.

Although the form of bond may comport with the statutory requirements, the bond will, nevertheless, be treated as a payment bond under section 713.23, Florida Statutes, as to lienors having no pay-when-paid clause in their subcontract. While it has been asserted that the bonds must be deemed conditionally restricted because they contain the above statutory legend limiting coverage to instances where an owner has paid the general contractor, this argument has been rejected in light of the first sentence of section 713.245(1), which reads:

Recognizing that the protection of section 713.245 does not arise unless express conditional payment language is contained in the general contractor’s actual subcontract, it has been held that the mere presence of such 713.245 language within a bond will not free the surety from having to pay up when its principal’s underlying contract did not contain express and unambiguous contingent payment language.[xxiv] In the absence of such conditional language, and provided the bonds comply with section 713.23, they will be considered, construed, and applied as unconditional 713.23 bonds.[xxv] Thus, under the present statutory scheme, a surety shall be liable to the same extent as the contractor.

Too often, more time is spent bidding a project than actually reviewing the agreement which formalizes a party’s selection to perform the work. As often, pay-when-paid provisions are not discovered or really understood until the parties are well into a job. By then, it is normally too late and too costly to do what could have and should have done at contract negotiation.