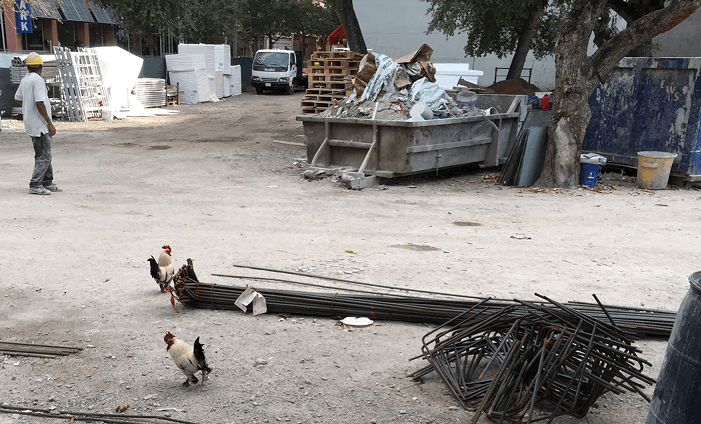 You might think this looks like construction at a third world site but you’d be wrong. Those chickens are actually quite at home and have been for many years in what has now become known as the Brickell Financial District in downtown Miami. This photo was taken just a few weeks ago at one of the many construction areas surrounding Brickell City Centre. It was only a few years ago that these same chickens kept us downtown walkers company. Now, reduced to a few roosters and hens, the Brickell chickens seem to be the last remnant of old Brickell. Just like Miami Dade pine structures, $500 apartment rentals and Tobacco Road, these chickens will soon be flying the coop. 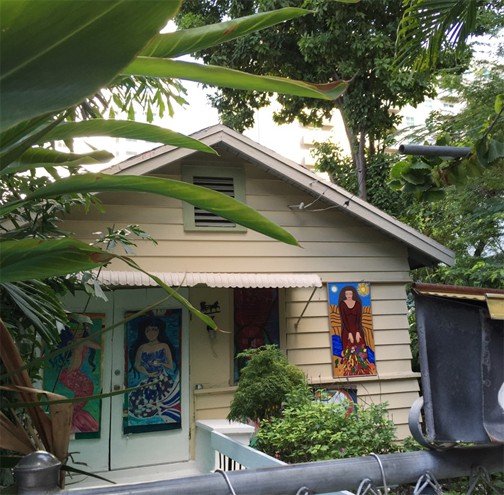 Construction in downtown Miami has razed most of the old wooden, residential structures to make room for the many high rise towers we now see, and in doing so has pushed out most all the neighborhood chickens. Cranes, the mechanical variety, have taken over and the construction industry has gotten a much needed shot in the arm.