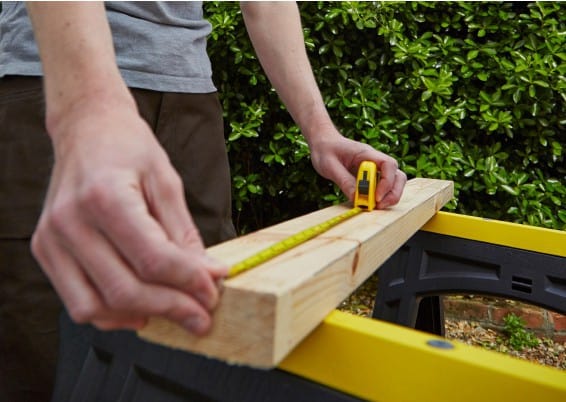 On August 27, 2014, Marin County Superior Court Judge Paul M. Haakenson found home improvement giant Lowe’s Home Centers, LLC guilty of false advertising. While such rulings are all too common (think Airborne herbal supplements or Coca-Cola’s POM Wonderful), what sets the Lowe’s story apart is that early reports claimed that the court found that calling a 2×4 by its common name was misleading because the product wasn’t really 2 inches by 4 inches.

But that’s not quite right. The suit was brought by the district attorneys of five Los Angeles area counties at the behest of officials from local Weights and Measures departments who were concerned that consumers had been misled by the labeling. It turns out that the folks at Weights and Measures weren’t completely out of line. The real issue here wasn’t that the 2×4’s actual dimension was 1 ½ X 3 ½ inches, but that Lowe’s suppliers sold 2x4s with actual dimensions that measured below that standard. (The complaint also addressed the labeling of products as “wood” that were actually composites that contained other ingredients.)

The ruling resulted in an injunction against Lowe’s that included a $1.4 million civil penalty for violation of California BPC § 12024, which states, in the pertinent part, that “[e]very person, who by himself or herself, or through or for another, sells any commodity in less quantity than he or she represents it to be is guilty of a misdemeanor.”

Notwithstanding the statute, it’s difficult to see how anyone could have been damaged by a nominal 2×4 measuring less than 1 ½ X 3 ½ inches-and we don’t yet know how much less (see Letters, on page 15). And while there may be some relevance to Marin County District Attorney Ed Berberian’s statement that such “misinformation could adversely affect building projects that more often than not rely on precise measurements,” virtually all construction professionals know that wood dimensions vary depending on moisture content.

The rest of the injunction sets forth rules for the advertising of “Structural Dimensional Building products” (SDBP), which it defines as building products sold with reference to length, width or depth, and thickness. It requires that common or nominal dimensions be followed by actual dimensions, and that the symbols for inch and foot be replaced by letter abbreviations. Thus, what used to be a 2″x 4″x 8′ Kiln-Dried Whitewood stud is now listed on Lowe’s website as Kiln-Dried Whitewood Stud (Common: 2–in x 4-in x 96-in; Actual: l-l/2-in x 3-l/2-in x 96-in).

So where does this leave those of us in the construction industry? For most, the ruling will have little effect. In an interview with REMODELING (remodelingmag.com), Marin County Deputy District Attorney Andy Perez noted that “[i]f it’s a softwood product like 2×4 lumber and it actually meets the NIST standards, then they don’t need to include the actual dimensions.” (NIST-the National Institute of Standards and Technology-provides guidance concerning standards for building products as well as a wide range of technologies and commodities in other industries.)

That said, when advertising or specifying SDBPs, one might keep in mind the approach McDonald’s took with regard to its Quarter Pounder. Whenever this sandwich is advertised, the restaurant chain includes the disclaimer “weight before cooking.” In a like manner, design and construction professionals should consider including a general note on their documents to the effect that all SDBP unit dimensions are nominal in accordance with NIST standards.

Leonard W. Klingen is a Board Certified Construction Lawyer and Senior Counsel with The Barthet Firm (barthet.com), a l5-lawyer practice in Miami focusing on construction law.