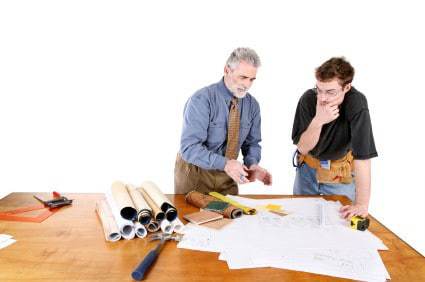 Because of the length of time it takes to complete a project, the number of parties involved, and the general unpredictable nature of construction work, it is rare that a contract for such work remains unchanged from start to finish.  While it is expected that changes to a
construction contract may have to be made once a project is underway, no one wants the work to come to a stop while the parties negotiate, estimate, draft and execute changes, especially with workers, equipment and supplies on site, and the ever present need to meet scheduling deadlines.

In order to keep a project on track, the parties need to have a mechanism by which changes to the scope of work may be made without unduly interfering with or delaying the project’s anticipated completion date.  The parties to a construction contract will often leave themselves room to change the terms of their original contract in order to account for such unanticipated factors as incorrect initial estimates, updates in code requirements, extreme weather conditions, or changes in the cost or availability of building materials. A provision in the contract allowing for change orders is one of the most frequently used ways for the parties to give themselves flexibility to adapt to changing circumstances.

It is therefore commonplace for a construction contract to include a requirement that any change to the scope of contemplated work be in writing.  However, once a project is underway, fluctuating and unpredictable conditions on the job may result in the parties either overlooking or choosing to ignore such a requirement.

While these provisions to document changes in writing are generally enforceable (assuming that the parties have otherwise complied with the other terms of the applicable contract),   they can also be waived.  As such, notwithstanding a general rule of enforceability, written change order requirements in a contract can be waived based on the parties’ conduct or a verbal understanding (even though the original contract itself is in written form).  Ironically, then, a contractual provision stating that the contract’s terms cannot be waived may itself be susceptible to being waived.  If the parties verbally agree to modify a written contract, such an agreement will be enforceable even though the written contract itself states that such a modification is impermissible.  In layman’s terms, just saying a change order has to be in writing will not necessarily make it so.

When are Change Orders Really an Extra?

Be aware that there is a legal distinction between a change and an extra.  A change is a modification to an item that is already contemplated under the contract.  An extra, on the other hand, is material or work in addition to that which was addressed under the original contract.  Before entering into a construction contract one should determine if the contract addresses changes or extras and if so, whether they treated the same way.

Under AIA documents, there are two types of contract changes.  A change order is effectuated where the contracting parties agree to the nature of the work changed and the cost of such work in advance. In other words, there is a change at an agreed upon price and time.

A change directive, on the other hand, will be issued where the parties do not agree as to either what constitutes a change in the work or the cost of such work.  Under this set of circumstances, the owner must pay the least acknowledged price for the extra work with the final price to be determined later.

Change orders may be addressed in those statutes governing liens.  For instance, under one state’s applicable statute, change orders and extras are “labor, services or materials for improving real property authorized by the owner and added to or deleted from labor, services or materials covered by a previous contract between the same parties”.  Additionally, change orders and extras are encompassed in the definition of “contract” under the lien statute.

“Contract price” is defined as “the amount agreed upon by the contracting parties for performing all labor and services and furnishing all materials covered by their contract and must be increased or diminished by the price of extras or change orders, or by any amounts  attributable to changes in the scope of the work or defects in workmanship or materials or by any other breaches of the contract”.  While they are distinct items, at least in some jurisdictions, extras and change orders are categorized and treated much the same.

It is a prudent idea to identify in writing (either in the contract papers or via separate correspondence) the specific persons who are authorized to make changes and to bind a contracting party. Likewise, it may be a good idea to identify, either by name or job
description, the individuals who though they may have a position of authority, do not in actuality have authority to makes changes.

When drafting a change order, it is sensible to include the date, an adequate description of the work to be performed, the price of the change (or, at a minimum, a method for determining the price), a description of how long the work is estimated to take and any exceptions or objections as to what is being resolved by the change order.

Despite a general inclination by courts to enforce written change order requirements in construction contracts, there are a variety of twists and turns that may occur during the course of a project which can impact the status of such requested changes.  Anticipating these issues while preparing a contract can minimize the risk of a dispute down the road.  Knowing your rights under a contract is but a first step; making sure that you follow contract terms during the course of the job is even more critical.