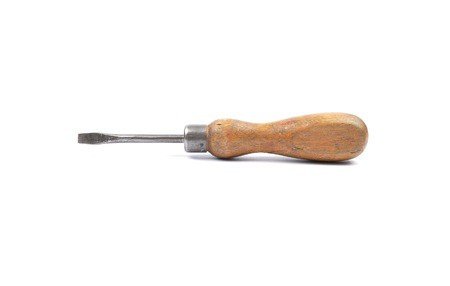 Where would we be without it? More of a weapon when first developed in Europe during the middle ages, the screwdriver’s transition into a tool was very slow. This was because it was largely dependent on its counterpart, the screw, the metal version of which was not mass-produced in the U.S. until the late 1700’s. Originally known as a turnscrew, the typical screwdriver found in America in the 1800’s had a pear-shaped handle and a slotted screw blade. Often abused and substituted for other tools like chisels and crowbars, screwdrivers are today found in just about every home and almost every industry.

The Phillips type screwdriver was designed and patented by who else, Henry Phillips, a traveling salesman and part-time inventor. First used by General Motors in 1936 on its Cadillac assembly line, this self-centering design became very popular in industrial manufacturing and automated production facilities.

Several months ago, a group of tool junkies rated the best screwdrivers, listing implements manufactured by Klein (U.S. made), Felo Ergonic (German made) and PB Swiss (obviously Swiss made) as some of the best out there.