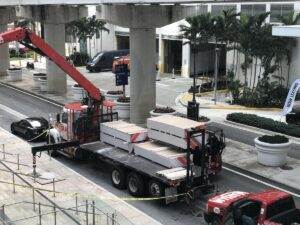 Everyone involved with construction is familiar with liens. They are the go-to tool for general contractors, subcontractors and their suppliers when payment may be in jeopardy or an issue arises that keeps the owner from paying what may be due. Once filed and recorded, the lien encumbers the real property where the work has been done. And for the property to be released from the lien, the lien needs to be satisfied.

A CASE STUDY ON LIENS

So far, so good—or so you’d think—but sometimes things get complicated. That was the case when a roofing contractor sued a building owner with whom it had contracted. The total cost of the job had been $13,668.84, but the owner only paid $10,296.28, leaving a $3,372.56 balance. The contractor filed its construction lien and told the building owner it would file suit if the $3,372.56 plus incurred interest and legal costs wasn’t paid in two weeks. When payment wasn’t made, the roofing contractor sued for breach of contract and foreclosure of its lien.

The suit made its way through the court system, resulting in a judgment being entered against the building owner in favor of the roofing contractor for the debt owed plus reasonable fees and costs, which were to be determined at a future hearing.

The building owner decided to settle, tendering a personal check for the $3,372.56 owed and also arguing to the court that she had not received some of the legal notices from the roofing contractor that allowed the court to enter a final judgment in the contractor’s favor on the lien foreclosure.

The trial court determined that payment of the $3,372.56 by the building owner was sufficient to satisfy the lien. But the roofing contractor appealed, arguing that the construction lien statute is crystal clear—attorney’s fees and costs are included in any lien and need to be included in any payment if a lien is to be satisfied. Providing a payment of the $3,372.56 by the owner simply covered the principal balance owed but did not address the contractor’s incurred attorney’s fees, as well as costs, pre- and post-judgment interest. Without such payment, the appellate court said the pending construction lien should not have been discharged.

A good lesson for all contractors that may believe simply paying the principal amount of a debt in a given lien should be satisfaction enough. It is not, not unless that’s the deal reached between the parties to settle the matter and release the lien. Absent such an agreement, preferably in writing, a party is fully within its rights to demand payment of the reasonable fees and costs incurred to file and enforce a lien. That’s the law in most states.

Note that, in most states, once a recorded lien is satisfied, it also needs to be formally released with the clerk of court. Failure to file such a document within the prescribed period in that state could result in penalties being assessed.

Are You Covered for Those Cracks?

It’s natural to assume that if you hear blasting sounds...

END_OF_DOCUMENT_TOKEN_TO_BE_REPLACED

Is workers compensation a proper remedy?

END_OF_DOCUMENT_TOKEN_TO_BE_REPLACED

Can You Amend That Claim of Lien?

You decide to file a claim of lien and you ask your...