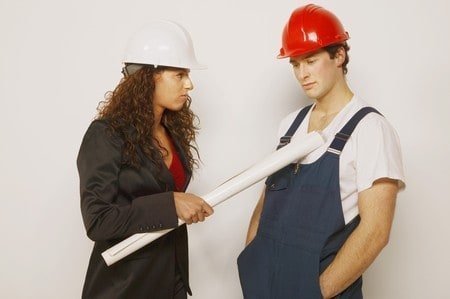 Non-compete agreements operate to restrict an employee from competing against his or her employer in the event that the employee leaves the company. These agreements are used to protect, among other things, customer lists and contacts, trade secrets, and certain intellectual and proprietary assets that an employee may learn about while employed with a company. The use of non-compete agreements for design professionals is increasing. In fact, the United States Chamber of Commerce suggests that employers ask “all engineers and drafting employees engaged in design or engineering work” to sign such agreements.

Along with nonsolicitation agreements (which typically prevent an employee leaving a company from recruiting former co-workers or soliciting a company’s existing customers), non-compete agreements are known as restrictive covenants. For employers, non-compete agreements offer an enforceable method of protecting the intangible assets of a business when an employee leaves. When enforceable, these agreements give employers the right to sue and seek to stop an ex-employee from accepting certain positions that would be considered competitive to the company.

The nature of an employment contract thus is a crucial factor in any discussion of non-compete agreements. For instance, if an employee continues to work with a company after the expiration of a written employment contract that contains a non-compete provision, the non-compete provision may become unenforceable when the written contract has been fully performed but the employee continues to work for the company under a verbal understanding.

In spite of a general public policy that views contracts that act as restraints on commerce and trade with skepticism, non-compete agreements often serve as an exception to this general rule and should be viewed as contracts that are susceptible to being fully enforced. Applicable statutes may limit the terms of enforceability of certain agreements based on an analysis of the scope of the agreement and the nature of the business interests sought to be protected. However, while non-compete agreements cannot be used simply as a tool to eliminate competition or merely to protect an employer from competition itself, both employers and employees should assume that signed non-compete agreements will likely be enforceable.

There is some tension in the law between the concepts that a court will not rewrite a contract voluntarily entered into between two parties and that a court may modify a non-compete agreement such that its restrictions on an employee’s subsequent employment are reasonable. Nevertheless, if a non-compete agreement is too broad in scope it can be modified by a court to provide relief that is reasonably necessary to justify the restriction.

For example, in Florida, a business seeking to enforce a non-compete agreement must establish a legitimate business interest justifying the restriction on its employee and show that the restriction is reasonably necessary to protect the business interest at issue. Examples of legitimate business interests in this context include trade secrets, specialized training, and substantial relationships with specific prospective or existing customers or clients. Note that general knowledge or skills gained merely by working for an employer will likely not be sufficient to constitute specialized training.

The first goal of an employee who is the target of a court action brought by an employer to have a non-compete agreement enforced should be to have the agreement declared unenforceable. Under this set of circumstances, the employee should closely examine whether the employer materially breached the parties’ employment contract.

The same strategy applies to an employee’s defense against an employer’s attempt to obtain an injunction against the employee from violating the terms of the non-compete agreement. An employee should check to make sure that the elements required for an injunction are present—a likelihood of irreparable harm and a substantial likelihood of success on the merits—with the goal of limiting the scope of an injunction as a fallback position (for example, making a distinction between unknown prospective customers and specific customers that existed at the time of the employee’s employment).