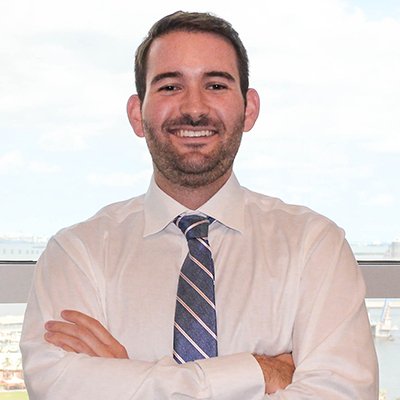 Nick joins the firm after several clerkships, including one at South Florida’s leading infrastructure construction company and one at a high volume commercial litigation law firm where he maintained regular client communications in both English and Spanish.

An Articles and Comments Editor for the University of Miami Business Law Review, Nick was selected to participate in the Willem C. Vis Moot Court in International Commercial Arbitration in Vienna, Austria, where he competed against 300 different law schools from around the world. Nick was also awarded an honorable mention for best speaker at the Hamburg, Germany Pre-Moot Competition (2017) sponsored by the Chamber of Commerce Brazil-Canada.

Nick interned for the Honorable Barbara Areces at the Eleventh Judicial Circuit prior to joining the firm.

Successfully settled collection action resulting in nearly half a million dollars to the client; initiated a cause of action against unlicensed contractors for fraudulent misrepresentation, aiding and abetting, and civil conspiracy where the unlicensed contractors defrauded a certified general contractor by falsifying documents to procure construction contracts and by conspiring with notaries to procure permits for those contracts; represented both owners and contractors in a variety of contract, bond and lien claims.