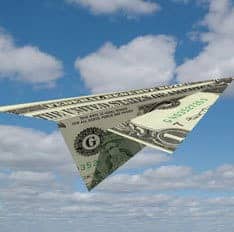 Stay in business long enough and you will inevitably become a creditor in someone’s bankruptcy – a disappointing development made worse when you receive a demand from the Trustee’s counsel asking for the return of a payment you recently received from the bankrupt debtor. Before you ignore the claim, believing that since you are actually entitled to the funds you can simply keep them, be aware that money paid by a bankrupt debtor or by third parties (but passing through the hands of an insolvent entity or person) may be challenged as a preference and may be subject to forfeiture.

Section 547(b) of the Bankruptcy Code seeks to protect a debtor’s assets before bankruptcy so as to provide all other creditors an opportunity to share fairly in the bankruptcy estate (debtor’s property). This way, there can be no preferred creditor receiving more than they would otherwise be entitled to, had they waited for the equal distribution of the debtor’s assets as provided for under the bankruptcy code. Therefore, under certain circumstances, if money is paid to a creditor within the preference period (90 days preceding the bankruptcy unless the creditor receiving the payment is an “interested party” at which point the preference period is one year) it may be viewed as a preferential payment and subject to avoidance. Stated differently, the concept behind 547(b) is to prevent a debtor, who has a limited number of assets to satisfy his debts, from paying certain preferred creditors (those that he may wish to do business with in the future) prior to filing bankruptcy. This generally leaves remaining creditors with substantially less than what the preferred creditors received.

Of course, not every disbursement of money by the debtor can be reclaimed by the Trustee as a preference. There are several defenses to such claims, with the most popular being that the payment was made in the ordinary course of business. This defense, as the name implies, essentially provides for the avoidance of a preference claim by the Trustee when the monies paid to the creditor, although paid within the preference period, were transmitted in the ordinary course of business. Of course, it becomes more complicated when the subject creditor has a history of paying late, or if in their particular industry the parties are used to paying for goods and services in a belated fashion.

Another factual scenario which may arise, especially in a construction setting, is where the payment received actually originates not with the debtor but rather with a third party. When properly applied, this “earmark doctrine” prevents a transfer from being avoided as a preference (and monies received from having to be returned). A third party makes a transfer of its property, either directly to the debtor’s creditor or to the debtor with the agreement that the property transferred be used by the debtor to pay the creditor. The very essence of the doctrine is to protect not only the creditor but the third party who is paying the obligation.

Bankruptcy Claims In a Construction Context

In a construction context, the third party may be an owner attempting to prevent the imposition of a potential lien that could ­­­­cloud title to his property. He might therefore decide to issue joint checks listing both the general contractor and each sub as payees, even though each check is delivered only to the general contractor. Everything runs smoothly until the general contractor ends up in bankruptcy a few weeks later and the Trustee goes after the subcontractor for the monies paid through the owner’s joint check. The Trustee will claim that the money was the property of the now bankrupt general contractor and must be repaid to the estate. The recipient of the funds (the subcontractor or the materialman) will in turn claim that this money was actually owed to them and was in fact paid by the owner, simply passing through the general contractor before reaching the ultimate payee, themselves. In situations like this, the dispositive element is the debtor’s control, or lack thereof, over the transferred funds. When a third party issues a check on the condition that a specified amount be given to an interested creditor, and the creditor has been designated as a joint payee, bankruptcy courts in Florida have determined that the debtor has no control over the application of the funds and therefore, such funds were never property of the debtor (or in our example, the general contractor).

Subcontractors and materialmen may do well to consider such an approach upon the hint of a bankruptcy by the general contractor. A joint check, in this instance, could make the difference in actually getting paid.