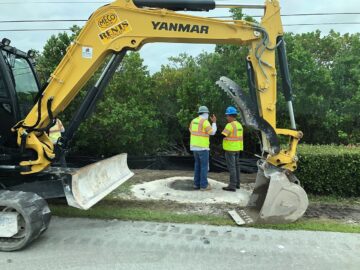 What is an Independent Contractor?

An independent contractor is generally defined as someone who is entrusted to undertake a specific project by a hiring party but who is then left free to do the assigned work and to choose the method for accomplishing that work. On the other hand, if that “someone” is in the service of another person under an express or implied contract of hire, under which the employer has the right to control the details of work performance, then he is an employee.  As such, the primary hallmarks of an independent contractor are little to no control over the means a person utilizes to achieve results. See www.irs.gov. The loose contractual affiliation between hiring parties and independent contractors has its advantages and downsides and below we explore some of the pros and cons.

There are several major advantages to using independent contractors rather than employees. In the context of construction contracts, an independent contract relationship can limit the liability of hiring parties. With the exception of ultra-hazardous activities, the hiring parties are generally immune from liability for injuries sustained by the independent contractor in performing its work.  However, hiring parties can lose this immunity if they actively participate in or interfere with the job to the extent that they directly influence the manner in which the work is performed. This does not mean that hiring parties cannot order the work stopped or resumed, inspect the progress or receive reports, make suggestions or recommendations which need not necessarily be followed, or prescribe alterations and deviations.

Another advantage of hiring an independent contractor is that hiring parties are not exposed to the legal responsibilities an employer has to its employees. Employers are obligated to pay employee related expenses which include social security and medicare taxes, employer-provided benefits, state unemployment compensation insurance, and workers’ compensation insurance. Employers must also pay minimum wage, overtime compensation, abide by civil rights laws, and employment laws. Employees can sue their employers for violations of these laws but hiring parties are not responsible for or susceptible to the foregoing.

Another point to consider is that most employer/employee relationships are considered “employment-at-will”. This generally means that neither party is contractually bound to the other to remain in the employment relationship. An employer is free to terminate the employment of an employee at any time, for any reason or no reason so long as termination is not based on race, color, religion, sex and national origin. Meanwhile, an employee can likewise leave the employer’s employment at any time and for any reason whatsoever. When it comes to independent contractors, these freedoms are not necessarily as available and any termination rights a hiring party has will be derived from its contract. Things can get messy and end up in a breach of contract suit, if an independent contractor agreement does not provide for reasonable and an orderly method of termination.

Jose has been a member of the Florida Bar since 1994. He has extensive experience in the areas of commercial litigation and business law, advocating for clients in state and federal courts in Florida. Jose has represented clients before the Third and Fourth District Court of Appeals of Florida as well as the United States Eleventh Circuit Court of Appeals.