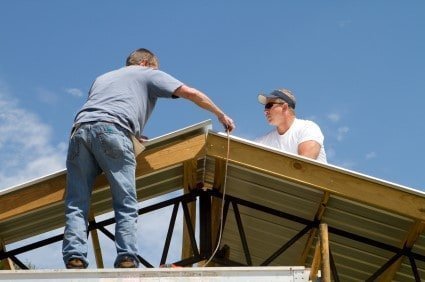 The notion of shifting liability for personal injury or damage to property from one party to another has become commonplace, especially within construction contracts. In its most basic sense, contractual indemnity has someone agreeing to hold another harmless for certain specified claims, losses or damages.[1] While governed by the terms of a given contract, such indemnification provisions may be further defined through judicial interpretation. This article examines a number of key cases, recent statutory implications and the likelihood of enforcement. Indemnity and hold harmless clauses are normally applied at all responsibility levels. The contractor is generally required to indemnify the owner, the subcontractor is then expected to indemnify the contractor and usually the owner, and even the sub-subcontractor may be asked to hold parties harmless. A good starting point in understanding the significance of these often confusing and esoteric clauses is to review how the courts have construed them.

In Camp, Dresser & McKee, Inc. v. Paul N. Howard Co., 853 So. 2d 1072 (Fla. 5th DCA 2003), an engineering firm, after settling a claim brought against it by a subcontractor’s injured employee, sought indemnification from the general contractor. The indemnity provisions at issue provided:

6.30. To the fullest extent permitted by law, CONTRACTOR shall indemnify and hold harmless OWNER and ENGINEER and their agents and employees from and against all claims, damages, losses, and expenses including but not limited to attorneys’ fees arising out of or resulting from the performance of the work, provided that such claim, damage, loss or expense (a) is attributable to bodily injury, sickness, disease or death . . . and (b) is caused in whole or part by any negligent act or omission of CONTRACTOR, any Subcontractor, anyone directly or indirectly employed by any of them or anyone for whose acts any of them may be liable, regardless of whether or not it is caused in part by a party indemnified hereunder. (emphasis added).

6.32. The obligations of CONTRACTOR under paragraph 6.30 shall not extend to the liability of ENGINEER, his agents or employees arising out of the preparation or approval of maps, drawings, opinions, reports, surveys, Change Orders, designs or specifications.

The engineer also sued the surety which had issued a performance bond for the project. The bond contained a provision indemnifying the owner and engineer, as follows:

[Surety] shall indemnify and save harmless the said Owner and the Engineer and his agents against payments of any and all damages that may happen to persons or property. arising out of any act, neglect or omission of said principal [Contractor], his or its agents, suppliers, subcontractors or employees with relation to the work.

The Court concluded that if the engineer paid all or part of the $3.55 million to settle the claims of the subcontractor’s employee based on potential liability for negligence that was unrelated to design (the exclusion within the contract), then the engineer would be entitled to indemnity from the contractor and its surety for monies paid to the subcontractor’s employee, even if some of the fault could be attributed to the engineer. While indemnifying a party for its own negligence might seem unreasonable or unfair, such clauses are certainly enforceable as long as they clearly express this intent.

Even the Florida Supreme Court has addressed the issue. In Charles Poe Masonry, Inc. v. Spring Lock Scaffolding Rental Equip. Co., 374 So. 2d 487 (Fla. 1979), a contractor’s employee sued the lessor- manufacturer of scaffolding when he was injured in a fall from the scaffold. The lessor- manufacturer, in turn, sued the lessee-subcontractor, the contractor, and owner for indemnity. The relevant provision at issue stated:

The LESSEE assumes all responsibility for claims asserted by any person whatever growing out of the erection and maintenance, use or possession of said equipment, and agrees to hold the COMPANY harmless from all such claims.

The Court found that such general terms demonstrated nothing more than an undertaking by the lessee (subcontractor) to hold the lessor (manufacturer) harmless from any vicarious liability that resulted from the lessee’s erection, maintenance or use of the scaffold. Courts have found that general language purporting to indemnify someone for his or her own negligence is not sufficient. Therefore, an indemnification clause that includes a general provision indemnifying the indemnitee “against any and all claims” does not sufficiently express an intent to indemnify for consequences solely from the negligence of the indemnitee.

Examples of how Indemnification Clauses Played Out in Court

In Winn Dixie Stores v. D & J Constr., 633 So. 2d 65 (Fla. 4th DCA 1994), Winn Dixie sought contractual indemnity from D&J for injuries sustained by the contractor’s employee. The employee had fallen in a puddle caused by a roof leak, something not part of the contractor’s work. The indemnity agreement covered

any claim or loss arising in any manner out of the presence or activity of D & J [the contractor] or any of our servants, agents or employees or representatives or out of the presence of such equipment when such persons or equipment are on your premises for the purposes of performing services . . . notwithstanding such accident or damage may have been caused in whole or in part or negligence of you [Winn Dixie] or any of your servants, agents or employees.

The current version of the indemnification statute provides that a construction contract which permits one party to indemnify another party for the other party’s own negligence shall be void and unenforceable unless:

(2) is part of the project specifications or bid documents.[4]

As well, the current version of the statute provides that a contract which requires one party to indemnify a public agency for that agency’s negligence is void, illegal and unenforceable. Perhaps the fact that most public contracts are not negotiable, while private contracts are, is the reason for this distinction. Also unenforceable are claims or damages resulting from gross negligence or willful, wanton or intentional misconduct of the indemnitee, its officers, directors, agents or employees or for any statutory violation or punitive damages (unless the statutory violation or punitive damages are caused or result from the acts or omissions of the indemnitor or its agents, employees or those working under it).

When entering into a contract with an indemnification provision, several issues should be kept in mind, namely:

who is indemnifying whom;
does the contract clearly express an intent to indemnify a party against its own negligence;
do the terms of the agreement determine whether the indemnitor is obligated to reimburse the indemnitee for a particular claim;
what is being indemnified, i.e., personal injury, property damage, attorneys’ fees and costs of defense, economic loss;
is there a monetary limitation on the extent of the indemnification that bears a reasonable commercial relationship to the contract and is such monetary limitation part of the project specifications or bid documents, if any;
is there a provision requiring that the risk be covered by insurance such that the indemnity is limited to the amount of the insurance coverage (contractual liability insurance).
With such clauses becoming standard issue in construction contracts, it is especially important to understand how much or how little can be negotiated in or out in this regard. A poorly written provision could lead to the erroneous presumption of protection when none actually exists. Worse, it could result in a litigation nightmare or a very costly claim. Because indemnification is both a sword and a shield, be sure the clause you agree on is one you also truly understand.

[1] Contractual indemnity is distinguished from common law indemnity which is an equitable remedy arising out of obligations imposed through special relationships. In order to prevail on a common law indemnity claim, the following two-pronged test must be satisfied: (1) the party seeking indemnity (the indemnitee) must be without fault and its liability must be solely vicarious for the wrongdoing of another, and (2) the party against whom indemnity is sought (the indemnitor) must be wholly at fault.

[3] Fla. Stat. § 725.06 (1987 and 1999), provided that: “Any portion of any agreement or contract for, or in connection with, any construction, alteration, repair, or demolition of a building, structure, appurtenance, or appliance, including moving and excavating connected with it, or any guarantee of, or in connection with, any of them, between an owner of real property and an architect, engineer, general contractor, subcontractor, sub-subcontractor, or materialman, or between any combination thereof, wherein any party referred to herein obtains indemnification from liability for damages to persons or property caused in whole or in part by any act, omission, or default of that party arising from the contract or its performance shall be void and unenforceable unless:

(1) The contract contains a monetary limitation on the extent of the indemnification and shall be a part of the project specifications or bid documents, if any, or

(2) The person indemnified by the contract gives a specific consideration to the indemnitor for the indemnification that shall be provided for in his [or her (added in 1997 in order to remove gender-specific references)] contract and section of the project specifications or bid documents, if any.”

When it comes to construction liens, don’t find yourself in deep water without a lifeline. Knowing the ins and outs of this complex area of the law can allow you to swim ahead of the pack, securing your work and obtaining payments due.

Read TheLienZone and find the answers to these common questions:

Written by Alexander Barthet ([email protected]), a Board Certified Construction Law Expert. Subscribe to receive updates. It’s free. You’ll also have access to free forms and our eBook, download as many as you want.

Already have a subscription?
Click here and go to our downloads page.