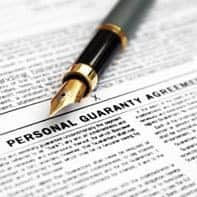 Most business dealings have traditionally been supported by guaranty agreements; however, recent economic challenges are regularly testing the validity and enforceability of such promises. With defaults running rampant on all fronts, severely impacting global financial markets, it is clear that a better understanding of these instruments is in order.

Essentially, a guaranty is a promise to answer for the payment of another’s debt or the performance of another’s obligation, generally triggered if and when a default occurs.There are different types of guaranties – general, special, conditional, absolute and continuing – each with very different protections and requirements.

Essentially, a guaranty is a promise to answer for the payment of another’s debt or the performance of another’s obligation, generally triggered if and when a default occurs. There are different types of guaranties – general, special, conditional, absolute and continuing – each with very different protections and requirements. A general guaranty is enforceable by any party to whom it is given while a special guaranty is one addressed to a particular company or person. A guaranty which attaches no conditions relative to enforcement is absolute; one which is not enforceable until certain conditions are met is conditional. Whether general or special, absolute or conditional, most guaranties are continuing, meaning they’ll remain in effect until specifically revoked.

Though it may appear easy enough to label these often found tools of financial commerce, it is not practically so. When determining the enforceability of a specific guaranty and against whom it may be enforced, it is always important to review the language used in documenting the original promise in light of the actual circumstances surrounding the making of that particular guaranty.

Years of litigation involving guaranty agreements have provided instruction on the proper wording for and the likely enforcement of guaranties. For example, to qualify as a general guaranty and fall outside the limitations of say, an assignment, (a not uncommon occurrence today), a guaranty should include terms such as “successors and assigns” following the name of the party to whom the guaranty is given. Another commonplace development may be where a creditor, who obtains a special guaranty when extending credit to a borrower, subsequently sells its business and assigns the guaranty to the buyer. Credit is then extended by the buyer to the same borrower. What happens when it is discovered that the borrower has actually defaulted prior to the assignment. Is the guarantor still liable? Courts have determined that, yes, the buyer in this circumstance could recover from the guarantor but only those amounts due to the original creditor prior to the assignment. Extensions of credit given to the borrower subsequent to the assignment would not be the guarantor’s obligation.

Sometimes the promises are more in the nature of a guaranty of collection, with no liability being incurred until after a creditor or lender has exhausted all efforts to collect a debt from the principal debtor. This is a conditional versus an absolute guaranty, the latter becoming immediately effective upon the primary obligor’s default.

From a lender’s perspective, the ideal guaranty will always be continuing, meaning that no matter what, the guarantor will remain on the hook for the debt. This may be especially troubling for some, like a divorcing couple who may have in better days both signed a continuing guaranty. There are cases holding that even when a husband incurs additional debt after a divorce, and then subsequently files for bankruptcy, the wife may be found liable for the entire debt. In most instances a creditor holding an absolute and continuing guaranty signed by multiple individuals or entities, jointly and severally, doesn’t have to notify any of them of an underlying default before enforcing the guaranty it may be holding against any one of them.

Most all guaranties requested by financial institutions need to be general, absolute, unconditional and continuing. They are therefore drafted accordingly. It will not only be the guarantor that is named but as well all heirs, successors and assigns. Preconditions to enforcement will be eliminated so that there is no requirement to first proceed against any primary obligor before suing the guarantor. As well, presentment, notice and demand along with any advice on dishonor of the underlying obligation shall be specifically excluded as conditions precedent to proceeding against the guarantor. All are steps meant to clear the thicket of objections which may be interposed by reluctant guarantors.

Guaranty agreements are here to stay, having become as common as the promissory notes and loan documents to which they are now regularly affixed. Clearly, the more detailed and specific a guaranty agreement can be, the less likely there will be any confusion when it comes to enforcement. Of course, every lender wants a guaranty written such that it can pursue as many parties as possible, while every guarantor hopes to limit the occasions where its guaranty is called, but each may have to settle for a less predictable result if the promise they hold wasn’t drafted carefully, intelligently and properly.