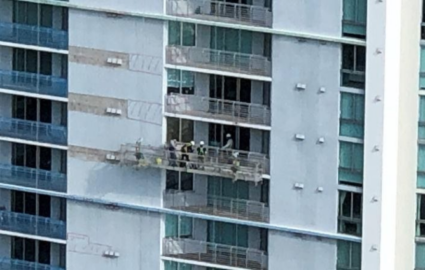 Having trouble with your loan payments? You may be familiar with the various debt relief options: loan deferment, forbearance, and forgiveness. These terms are often confused despite their very different meanings. Let’s take a closer look.

Deferment and forbearance are easy to confuse because they have a lot in common:

That is where the similarities end.

Deferment is typically the first route chosen for borrowers facing economic trouble. Deferment refers to a period of time when you are excused by your lender from making payments because of specific circumstances in your life such as unemployment, economic hardship, returning to school, or military deployment. Depending on your circumstances, payments are deferred in six-month intervals for up to three years. If you do not qualify for deferment, your lender may grant you forbearance.

Forbearance is a more short-term debt relief option whereby loan payments are temporarily reduced or postponed. Forbearance programs are typically used when someone experiences an event that impacts their ability to pay, including job loss, natural disaster or major illness.

For example, the $2 trillion Coronavirus Aid, Relief, and Economic Security (CARES) Act, which was signed into law last week, includes a forbearance program for people that have been temporarily furloughed from their jobs, laid off or can’t work because of sickness. The CARES Act allows qualifying individuals to take a break from their mortgage payments for 90 days to 6 months, depending on their circumstances.

Importantly, forbearance is NOT a waiver or a grant. If you are granted forbearance by your lender, you and your lender should agree on a plan for making up the lost monthly payments. The options may include paying back in one lump sum, spreading the money owed out over multiple payments or modifying the loan terms. Some loans have an option to opt for something called “blend and extend,” which allows you to extend your loan term in exchange for a more favorable interest rate that is a blend between your current rate and the rate you would have gotten at renewal. Blend and extend is best utilized in an environment in which a new interest rate would be lower than your existing interest rate.

Forgiveness means exactly what the term suggests: The lender actually forgives some or all of the debt you owe. That is, it simply wipes away your debt.

For obvious reasons, forgiveness is a lender’s last resort. Only when the lender is convinced you will be unable to pay back a loan will it concede to forgiveness provisions.

Loans are typically only forgiven in the event of bankruptcy, foreclosure, loan modification programs, or government action. In certain situations, it’s also possible to have federal student loans forgiven.

But this undeniably appealing concept is not a magic pill and may come with some pretty serious risks attached. In some cases, having your debt forgiven means you’ll be required to report your unpaid debt to the IRS as ordinary income. That could translate to a significantly higher tax bill.

The federal government generally offers a greater number of options for debt forgiveness than you’ll find through private lenders. For example, the recent CARES Act includes a loan forgiveness program designed to incentivize business owners to keep employees on the payroll. This does NOT forgive pre-existing loans. Rather it forgives specified portions of the low-interest loans provided under the Act. Specifically, the part of the loans that small businesses use for payroll, rent, mortgage interest, and utilities are eligible for forgiveness through the Small Business Administration (SBA).

More often, however, forgiveness is not a quick fix. Your best bet is to weigh the costs and benefits of each debt relief option and create a debt management plan that works for you and the lender.