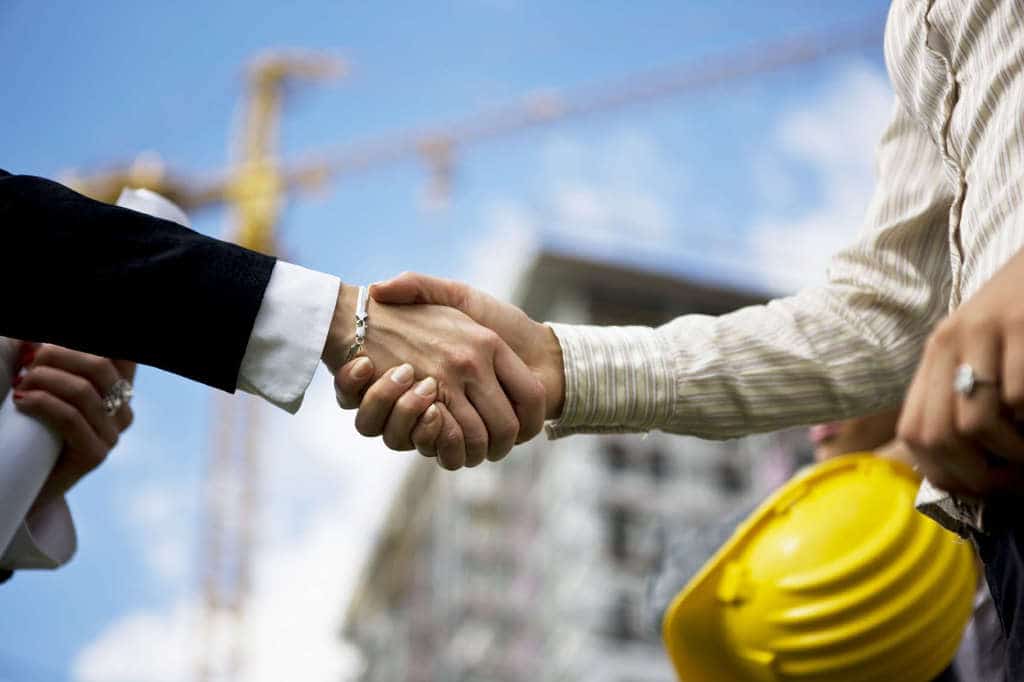 In a booming construction economy, work is plentiful and competition is fierce. So fierce in fact that the job you thought you had “locked up” may be “up-for-grabs” even after you begin working onsite. If all you have to secure your place on the project team is a letter of intent, don’t unpack your trailer just yet.

The general rule in most jurisdictions is that where parties so intend, a contract is binding even though the parties also agree that the formal embodiment of its provisions will subsequently be prepared. “Even though all the details are not definitely fixed, an agreement may be binding if the parties agree on the essential terms and seriously understand and intend the agreement to be binding on them. A subsequent difference as to the construction of the contract does not affect the validity of the contract or indicate the minds of the parties did not meet with respect thereto.” 17 C.J.S. Contracts s. 31. Said simply, letters of intent may be enforceable if they contain the necessary essential terms and conditions to show a meeting of the minds. While there are no hard and fast rules, an analysis of certain applicable cases provides useful guidance.

The most essential, but not necessarily definitive contract term, is price. “If the parties provide a practicable, objective method for determining the price or compensation, not leaving it to the future will of the parties, there is no such indefiniteness or uncertainty as will prevent the agreement from being an enforceable contract.” 1 Corbin, Contracts s. 97 at 424. Further, “if the parties have concluded a transaction in which it appears they intend to make a contract, the court should not frustrate their intention if it is possible to reach a fair and just result, even though this requires a choice among conflicting meanings and the filling of some gaps that the parties have left.” 1 Corbin, Contracts s. 95 at 400. Whether the parties intended to form a binding contract is determined by examining the language of the document and the surrounding circumstances. 1 Williston, Contracts s. 4:8 at 306-07.

The importance of price as a contract term is illustrated by Irby, M.D. v. Memorial Healthcare Group, Inc., 901 So.2d 305 (Fla. 1st DCA 2005), where the alleged contract was in the form of a letter, setting forth in outline format various terms under which the plaintiff would sell his private medical practice and join Memorial as a medical director. The court found that the letter clearly contemplated future actions which were required before a binding agreement could be reached. The letter stated that the plaintiff would be employed as a medical director, but left out terms of compensation and benefits. Moreover, the letter stated that Memorial would buy the plaintiff’s gynecology practice and facilitate the sale or merger of the remaining obstetrics practice, but it did not provide a price or other terms of the sale or merger. The court found it persuasive that the letter stated that parties must work through legal issues and other details and that the parties can hopefully complete the practice evaluation and close the agreement prior to a certain date. Therefore, the price valuation of the practice, an essential term of the contract, was a contingency that rendered the letter merely a proposal and not a binding agreement.

In Cushman & Wakefield of Florida, Inc. v. Williams, 551 So.2d 1251, 1253 (Fla. 2d DCA 1989), the court held binding a letter of intent, which set forth the proposed terms and conditions of a lease commitment, along with relevant dates and square footage, stating that “[t]hereafter, the parties executed the document, converting it into a binding letter of intent.” The court seemingly placed an emphasis on the execution of the letter of intent, along with the inclusion therein of essential terms and conditions relevant to the lease.

Housing Authority of the City of Fort Pierce v. Foster, 237 So.2d 569 (Fla. 4th DCA 1970), involved an action by joint venturers against a city housing authority for breach of a construction contract. The court held that a jury question existed as to whether the acceptance of a bid, which contained all the material terms of the contemplated written contract except for unit price of extras or changes, was intended to have a binding effect until a formal contract was executed. The court stated that “it is clear that both parties contemplated the execution of a formal written contract” but that an issue of fact exists as to whether or not the parties also intended their negotiations to have a binding effect until a formal written contract is executed. The court considered the facts that the bid was an offer to build a project for a specific price and that no material term of the contemplated contract was omitted except the unit prices for changes. According to the court, “there was substantial evidence from which the jury could have determined that the negotiations between the parties reached the point of a binding contractual relationship.” Id. Contra Terra Group, Inc. v. Sandefur Management, Inc., 527 So.2d 849, 849-50 (Fla 5th DCA 1988) (recognizing the creation of a valid and enforceable contract when a party clearly communicates assent, even when that assent contemplates the future execution of a contract that is ultimately never executed).

Relying on this decision, the court in Delta Electrical Contractors, Inc. v. McDevitt & Street Company, 262 So.2d 226 (Fla. 2d DCA 1972), held that a general contractor’s letter to an electrical subcontractor with an enclosed contract form, that stated “If you find the enclosed in order, please affix your signature and seal on Page 5 thereof and return all four copies to this office…As soon as the enclosed has been returned to us and processed, we will return an executed copy of the contract to you for your files”, signed by the subcontractor, constitutes a fact issue as to whether the contract was to be regarded as complete when executed by the general contractor, or whether it constituted an offer which the subcontractor accepted.

Don’t Mobilize your Construction Trailer Just Yet? The Uncertainty of Letters of Intent

An agreement to agree in the future does not commit the parties to their ultimate contractual objective but rather to the obligation to negotiate the open issues in good faith in an attempt to reach the objective, a contract on the underlying subject matter, within the agreed framework. “What [one party] may demand, however, is that his counter-party negotiate the open terms in good faith toward a final contract incorporating the agreed terms. This obligation does not guarantee that the final contract will be concluded if both parties comport with their obligation, as good faith differences in the negotiation of the open issues may prevent a reaching of a final contract. The obligation does, however, bar a party from renouncing the deal, or insisting on conditions that do not conform to the preliminary agreement.” Stouffer Hotel Company v. Teachers Insurance and Annuity Association, 737 F.Supp. 1553, 1559 (M.D. Fla. 1990) (citing Teachers Insurance and Annuity Association v. Tribune Company, 670 F.Supp. 491, 498 (S.D.N.Y. 1987)).

In John I. Moss, Inc. v. The Cobbs Company, 198 So.2d 872, 874 (Fla. 3d DCA 1967), the court explained that the “rule that it is possible for parties to make an enforceable contract binding them to prepare and execute a subsequent agreement is well recognized.” However, the court found that a franchise application was not a franchise agreement, but merely a preliminary negotiation due to the following factors: the application did not contain any of the terms of a complex franchise agreement, such as the duration and the royalty fee; the application was not furnished to the plaintiff at the time he signed the application; and the essential terms of the agreement were not discussed and agreed upon. Id. at 875. Accordingly, the contract that intends to bind the parties must contain all essential terms. Id.

The court in Midtown Realty, Inc. v. Hussain, 712 So.2d 1249 (Fla. 3d DCA 1998), held that a letter of intent was not a contract, but rather a preliminary understanding. The court first noted that the case dealt with the sale of a gas station, a complex situation that includes environmental concerns, the attainment of licenses and government approval, and the financing of a large sum of money, among other things. Under these circumstances, the court reasoned that it is more than reasonable to conclude that the parties did not intend to be bound by a “skeletal” letter of intent. The court went on and listed several factors that led it to hold that a meeting of the minds did not occur including the fact that the purchaser of the gas station repeatedly called the letter of intent a proposal; the letter of intent provided that if its terms and conditions were acceptable to the seller, the purchaser would present to the seller a more formal purchase agreement; and the purchaser’s response to the seller’s amendment to the purchase and sale agreement that if seller did not accept the amendments, the transaction would not be consummated. The court concluded by specifically highlighting those terms that were not included in the letter of intent such as a proposed purchase price, a proposed plan for financing, a proposed inspection period, and a proposed closing date.

So What Really Matters?

It is safe to say that care must be taken when drafting a letter of intent intended to be enforceable. What seems to be clear are these general rules. First, the price and payment method for the products to be delivered and services to be rendered must be included. Second, the level of detail and scope of the letter of intent should be commensurate with the complexity of the transaction. Some of these additional terms may include the construction start date, the substantial completion date, the scope of work, if a bond will be required or furnished, any special insurance policies (OCIP, CCIP, default insurance, …), the warranty, and change order and extra pricing and procedures. Third, leave out language which may seemingly condition the letter of intent on future conduct including additional negotiations or execution of a subsequent agreement. Fourth, have individuals authorized on behalf of both parties sign the letter of intent. Finally, and most importantly, do not delay in completing any remaining negotiations and executing a full and complete agreement.