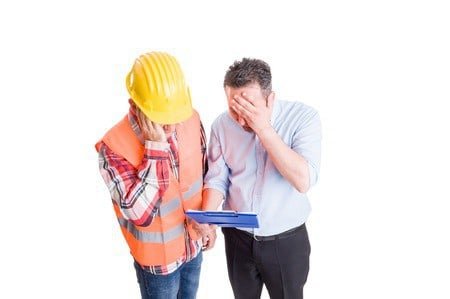 The filing of a construction or mechanic’s lien is just one in a series of steps a contractor can take to protect its right to receive payment for labor and materials provided. Assuming that the contractor has properly followed the required steps before filing its claim of lien, and the contractor still has not received payment, the next step in most instances would be to foreclose the lien before the statute of limitations expires. Typically, when such an action is commenced, the party filing the suit also files a lis pendens (a notice of a pending suit). This device places everyone on notice that there is a dispute which involves title to a property. In effect, the lis pendens hamstrings the owner’s ability to sell or otherwise encumber the property until the dispute which resulted in the filing of the notice of lis pendens is resolved.

Suppose a contractor with a valid construction or mechanic’s lien files to foreclose its lien before the statute of limitations for doing so expires. In Florida, for example, said statute of limitations expires one (1) year after the lien is recorded, or one (1) year after an amended lien showing the furnishing of later work or materials is recorded (assuming that no foreclosure action was otherwise filed). May the owner of the property convey clear title to a buyer without notice of the foreclosure? The answer is governed by statute and depends upon the facts of each particular case. If the action is filed before the statute of limitations expired, but the foreclosure is still being litigated after the statute of limitations would otherwise have expired, the construction lien will not be good against subsequent purchasers or creditors unless a notice of lis pendens is filed. What this means is that you can follow all the right steps to obtain your lien and foreclose on your lien, but still lose your rights to collect the money owed to you!

Did You Forget Something? The Importance Of Filing Your Lis Pendens When Foreclosing A Construction Lien

Another question raised is whether the usual statute of limitations for filing a foreclosure action on a construction or mechanics lien is for a set period of time, or whether it can be shortened. Generally there are procedures to shorten the length of time in which the lienor must file its foreclosure action. In Florida, by filing a document known as a “Notice of Contest of Lien,” the owner of a property can compel the lienor to file its foreclosure action within sixty (60) days after service of the Notice of Contest of lien. Failure of the lienor to do so within the sixty (60) day period will result in extinguishment of the lien.

Why You Should File on Time

By timely filing a foreclosure action prior to expiration of a lien, the lienor effectively serves to “continue” its lien until the foreclosure action is concluded. Suppose a lienor who is served with a Notice of Contest of lien timely files a foreclosure proceeding within sixty (60) days from receipt of the Notice – does this lienor prevent the owner from selling the property to prospective buyer without notice? The answer is the same when this question was raised previously. The construction lien will not be good against subsequent purchasers or creditors unless a notice of lis pendens is filed.

So while a foreclosure action may continue the effect of the lien during the pendency of the foreclosure case, unless a notice of lis pendens is filed, the owner may be able to circumvent the lien and sell the property to a subsequent purchaser for value. This would effectively serve to deprive the contractor or materialman who filed the lien the fruits of its labors and wares.

The time lines and required filings that accompany construction or mechanics liens can sometimes be tricky, and if not handled properly, will almost surely result in an adverse outcome for the lienor – more so, when the lienor forgets to file that all important lis pendens.