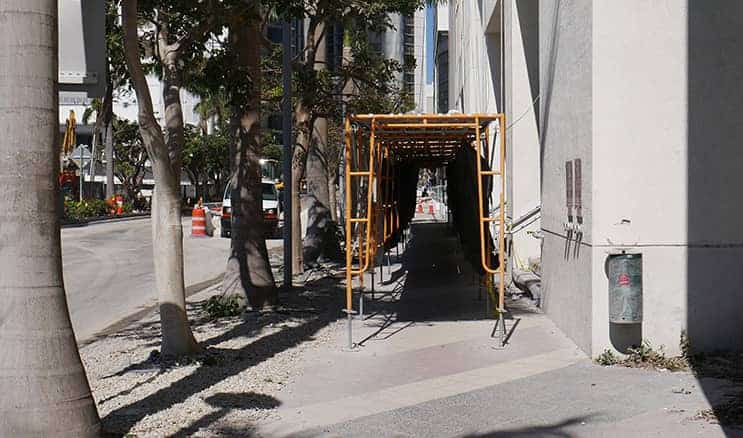 So what’s the big deal. One of your workers drops a handful of screws off the side of a 30th-floor hi-rise work site. It’s just a bunch of screws. What possible damage could they cause?

Well, according to the Bureau of Labor Statistics, a lot. There is one injury caused by a dropped object every ten minutes. And remember that poor New Jersey driver delivering some sheetrock at a construction site; he was killed by a small tape measure which had fallen 50 stories, ricocheted off some equipment and then hit him on the side of the head. It isn’t clear that the result would have been any different if he was wearing a hard hat because the tape measure, little as it was, had fallen so far, it hit with significant force.

Too many folks, including construction workers, underestimate the actual damage associated with falling objects. And while most construction sites have toe boards and netting, and all construction workers generally wear hard hats and safety gear, the possibility of falling objects is too often ignored. Construction safety managers are well aware of the need for fall protection at the job site. They need to be equally mindful of the dangers of dropped objects, limiting the damage they can cause, whether through the use of tethered tools and lanyards or self-closing buckets and pouches.