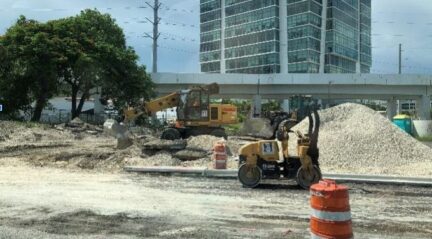 A recent decision issued by the Civilian Board of Contract Appeals (CBCA) could offer some insight as to how courts will treat the inevitable flood of COVID-19 delay claims that will soon surface. The decision stems from a case where an outbreak of Ebola disrupted a government contractor constructing a rainwater capture and storage system in Western Africa. Despite the World Health Organization declaring an “international public health emergency” the U.S. Department of State opted not to cease its operations. However, the contractor subsequently made the decision to temporarily de-mobilize and evacuate its employees from the area. Six months later the contractor returned to complete the project while providing basic medical facilities and services on the project site to ensure the safety of its workers. After the government denied the contractor’s request for an equitable adjustment for demobilization and medical expenses, the contractor appealed the decision through the CBCA.

While the circumstances faced by most contractors in our current crisis differ considerably from those detailed here, the CBCA’s ruling does provide some useful information on what contractors can expect in future COVID-19 disputes. Indeed, while many have been focusing on force majeure provisions to determine their liability for delays and increased costs, in most contracts including AIA A-201-2017, these provisions only provide relief in the form of additional time, not additional costs. In determining whether increased general conditions are recoverable, it will often be necessary to look past force majeure provisions in favor of language relating to suspension or termination of the project.

When a project is terminated or suspended by the owner though no fault of the contractor or otherwise terminated by the contractor due to “an act of the government” many standardized contracts provide contractors the right to recover the costs of the work completed, plus overhead and profit for the work they would have completed. Similarly, many standardized contracts provide contractors with similar payment rights when an owner breaches its duty to provide access to the site or to ensure that proper funding still exists.

Another key takeaway is that the party who makes the decision to stop work or take additional safety measures is often times the party who will be liable for the resulting increased costs. If a contractor halts work during COVID-19 without the owner’s blessing or without an order from the government, chances are any costs of delay will be the responsibility of the contractor. When the owner or an act of government halts the work, the owner will generally be responsible for delay costs plus the contractor’s overhead and profit for unperformed work. Notwithstanding, the expected outcome will depend on the particular language of the operative contract and the unique set of circumstances each case presents.

Considering this decision was rendered outside the confines of state and federal courts, in addition to the fact that the current pandemic’s effects are vastly more far reaching than those associated with the Ebola outbreak in the aforementioned example, contractors should not view this decision as a blueprint for what is likely to happen with COVID-19 delay claims. Notwithstanding, this decision does serve to remind construction professionals that a force majeure clause will generally not provide relief in the form of additional costs and the party who initiates a suspension or termination of the project is often times the one left holding the bag.