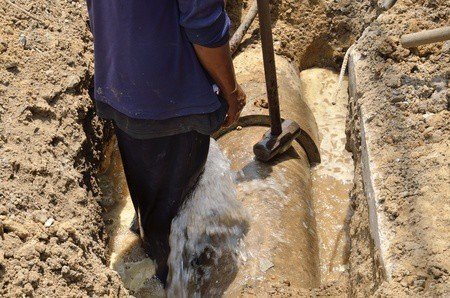 South Florida is experiencing unprecedented growth in residential, commercial, and public construction. Such a booming construction industry will likely spawn disputes, many involving tort claims evolving from defective work, charges of professional malpractice, and allegations of breached contractual covenants, all with the resultant arguments between owners, sureties, design professionals, and contractors, as to the extent and proper allocation of liability. As a result, contribution, indemnity and subrogation will be hotly litigated issues, with the rights of each party to any of these claims being dependent on contractual, statutory and equitable principles.

This article illustrates that pleading a proper claim is essential, if not always easy. Clarifying the distinctions among contribution, indemnity and equitable subrogation, the author examines the complexities surrounding these causes of action, further differentiating the claims under these theories by latency of the defects involved.

Contribution is a discharge of common liability by a party on its behalf and on behalf of other joint tortfeasors.[1] Contribution entails joint or several liability.

Common liability refers to “a joint causing of damage or injury and not to actual likelihood of success in a tort action”, or to a “common commission of a tort”. Moreover, a party seeking contribution has a burden of proving that common liability exists between the parties, and that the settlement it entered into was reasonable. An important caveat exists as there is no right to a claim of contribution where a party shares liability with another party who enjoys a form of immunity.

These types of actions are fairly common in the construction industry, as the involvement of various parties and frequent litigation inevitably lead to claims for contribution.

The concept of indemnity is founded on a breach of duty owed to a party seeking indemnity, or on an express or implied contract between the parties.[12] Indemnity shifts the entire burden of payment from one party to another, based on the underlying relationship between the parties, and the duty created thereby.[13]

A party properly pleads common law indemnity by alleging that: (1) it is wholly without fault; (2) it is liable to the injured party only because of vicarious, constructive, derivative or technical liability; and (3) that the indemnitor is at fault.

The entry of a judgment against an indemnitee is a prerequisite to indemnitee’s cause of action for indemnification.[15] Courts, however, permit a defendant in the underlying action to file a third-party complaint prior to the conclusion of the underlying case, pursuant to the express authority of Rule 1.180(a), Florida Rules of Civil Procedure.[16] Filing of a third-party complaint allows all interested parties to resolve their claims in a single action.[17]

The main characteristic that distinguishes indemnity from contribution is the blamelessness of the indemnitee; an indemnitee must only be “vicariously, constructively, derivatively, or technically liable for the wrongful acts” of the indemnitor. Consequently, an indemnitor must compensate an indemnitee for all damages incurred by indemnitee, including costs and attorneys’ fees.

To establish a cause of action for equitable subrogation, a party must show the following elements: (1) subrogee made payment to protect its own interest; (2) subrogee did not act as a volunteer; (3) subrogee was not primarily liable for the debt; (4) subrogee paid off the entire debt; and (5) subrogation would not work injustice to the rights of a third party. Furthermore, one must allege that the parties were not joint tortfeasors, and that they did not have common liability. The party who made the payment also must have a right or interest of its own to protect, and must not be a mere volunteer acting without an obligation.

In Insurance Co. of North America v. Quality Commercial Group, Inc., INA, an owner’s insurer, brought a subrogation action against Quality, the general contractor that constructed an access ramp between a parking lot and an entrance, for settlement damages that INA paid to an injured customer. The court held that INA stated a cause of action for equitable subrogation, rather than for contribution, because INA alleged that Quality was liable for all of the damages of the injured customer. However, the court explained that if Quality is able to prove that Spring Hill Lanes, a subsequent contractor hired by the owner, was partially liable for damages, INA’s claim would be limited to contribution.

Furthermore, in Jones v. Williams Steel Industries, Inc., a steel contractor brought a subrogation action against the architect to recover for a part of defect damages it paid to a builder, arising out of construction of a steel building. Although the owner improperly joined the architect in its action to recover damages, and despite the fact that the trial court entered judgment for the contractor on a theory of contribution, the appellate court affirmed the judgment based on equitable subrogation. Moreover, the appellate court held that a statute of limitations on a cause of action for equitable subrogation is twenty years. The result may not have been as favorable to the contractor if it mistakenly alleged equitable subrogation after the statute of limitations for contribution had run.

As the above noted cases illustrate, although contribution, indemnity, and equitable subrogation provide distinct remedies, they are closely related. Parties need to ensure that they properly plead their cause of action, as otherwise they may be negatively impacted by the differing statutes of limitation.

Parties involved in construction litigation, therefore, need to remember that the main distinction between equitable subrogation and contribution lies in the fact that if another party is found liable for the entirety of the damages, the payor party may not maintain a cause of action for contribution. On the other hand, if a party does not comply with the requirements of the contribution statute, it is barred from bringing an equitable subrogation claim because “to permit the insurer to bring an action for subrogation in these circumstances would effectively eliminate the need for a contribution statute.”[31] However, improperly naming the cause of action does not necessarily result in dismissal. InMcKenzie Tank Lines, Inc. v. Empire Gas Corporation, for instance, an owner of a gas storage facility who settled with plaintiffs in an action arising from explosion, was entitled to seek equitable subrogation from the owner of the truck whose employee caused the explosion, despite the fact that he improperly termed the cause of action as one for contribution.

The issue of defect latency instills a further intricacy into the conceptual distinctions among these three causes of action.

The frequently discussed Florida Supreme Court case, Slavin v. Kay, facilitated comprehension of the consequences of acceptance of defective work. The Court held that a contractor does not assume liability for a patent defect upon acceptance by the owner. In the case of latent defects, the contractor remains liable for the injury caused even after the owner accepts the work. The Supreme Court reasoned that the law presumes that the owner has made a reasonably careful inspection prior to acceptance, and has a predetermined knowledge of the defects. Subsequent caselaw extended the Slavin doctrine to architects and engineers.

A contractor, architect or engineer is liable only if the court determines that the defect at issue is latent and non-discoverable by a property owner in the exercise of reasonable care. The primary determination of latency depends upon whether the defect is apparent through the use of one’s ordinary senses from a casual observation of the premises. Where an owner accepts work with knowledge that a contractor, architect or engineer has not properly performed, or where the defects were discoverable after reasonable inspection, such acceptance waives a contractor’s, architect’s, or engineer’s liability for the defect.

Although courts are reluctant to rule as a matter of law that a defect is patent in cases where a defect is not open and obvious, some have nevertheless concluded that a defect is patent under appropriate factual patterns. For example, courts have determined that the following constitute patent defects: a diagonal tie rod which extended eight inches beyond flower pot; pillars obscuring ingress and egress views from a shopping center driveway; a lack of a guard grille over the air conditioning duct; road defects incurred through repaving work[44]; a missing metal peg on climbing tower; defects in the bridge roadbed; lack of parking area and barricade to separate traffic.

Kala Investments, Inc. v. Sklar comprehensively discusses the issue of latency and its interrelation with the claims for contribution, indemnity and equitable subrogation. Kala, owner of an apartment building, sought to recover from its co-defendants, including an architectural firm, for the amount it paid to settle with the plaintiffs that were injured by a building defect. Kala filed a third-party complaint against the architect after plaintiffs settled with and voluntarily dismissed the architect. The court found that Kala could not assert a claim for contribution because it did not share common liability with its co-defendants necessary to support such a claim. The court specified that “Kala and the persons involved in the design and construction of the building cannot share the common liability”. Moreover, Kala was neither contractually nor vicariously liable for its co-defendants’ acts, rendering it unable to pursue a claim for indemnity. However, according to the court, Kala could proceed against the architectural firm under a separate theory of equitable subrogation.

The court’s ruling hinged on the fact that a material issue of fact existed regarding whether the defect involved in the case was a latent defect, precluding summary judgment for the defendants. Primarily, the court found that the placement of the window through which a child fell, although a foot lower than the code requirement, and although it did not contain a guard rail, was not definitively a patent defect; there was no evidence that Kala had knowledge of the code violation or special knowledge regarding the ability of different types of window screens to withstand pressure loads.

Courts, including the court in Kala, do not seem to have explicitly ruled, however, on whether a party may bring an equitable subrogation action in cases of patent defects. Presumably, a party may not do so, since an owner is deemed solely liable in such cases, under the Slavin doctrine. The Kala court expressed its opinion as to this issue in dicta, stating that “if the factfinder determines that the defect was patent, then the co-defendants will prevail under Slavin v. Kay.” The court further stated in a footnote that “even a ruling favorable to Kala on the patency-latency issue will not permit Kala to pursue an indemnity or contribution claim”, because Kala had no cause of action against its co-defendants, for the above stated reasons. Therefore, the architect’s liability in the Kala case seemingly depended on the latency of the defect.

The appearance of cranes in Florida’s skyline will undoubtedly lead to an uptick in construction litigation where the distinctions between contribution, indemnity and equitable subrogation will be sorted out. More than ever, one party’s ability to recover, or even to proceed against another entity involved in a failed or troubled construction project, will depend upon the type of the defect complained of and the bringing of the action within the appropriate statute of limitations.