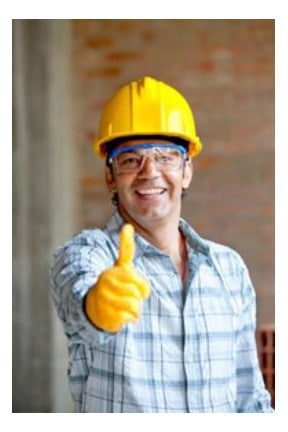 During the course of a construction project there is always the possibility that a contractor may “walk off” the job, leaving the owner, subcontractors and material suppliers with a difficult and often expensive dilemma. Now more than ever, financial stability in a contractor is at a premium, and although at first glance it would seem that the lack of new construction projects would keep contractors from abandoning paying jobs, that is proving not to always be the case. Because there is significantly less work available, contractors are working on tighter profit margins. That, combined with their increased costs and overhead, is making it financially impossible for some to continue operating.

On larger projects, part of the contracting process necessarily involves securing a performance bond which guarantees monetary compensation to the owner in the event he fails to construct the project according to contract specifications or abandons the job. Although performance bonds can provide an added measure of protection to owners, most construction projects are either not large enough or sufficiently funded to require or support them.

However, whether there is a bond in place or not, it is always recommended that the primary focus when engaging a contractor be on the actual agreement. Provisions which specifically address the possibility of a walk off, providing for legal and financial penalties if that were to occur, are often the best protection. An attorney’s fee provision to the prevailing party can also serve as a deterrent, requiring the breaching party to pay the legal fees and court costs incurred by the party successfully bringing a claim.

An added measure of protection, which shifts a portion of the risk to the contractor from the outset, can be effected by systematically withholding a percentage of each payment. This “retainage” is not to be paid to the contractor until his work is completed and approved. Most contracts provide that at least 10% of the value of each pay requisition be withheld until the end of the work.

Of course the possibility that a contractor will abandon a project inevitably remains, no matter what measures are taken. One is then left with the task of evaluating the remedies available under the terms of the contract in light of the applicable law. One remedy that is not available is specific performance, meaning that under contract law an owner cannot force a contractor who has walked off to perform, that is, to actually have a court order the contractor to return and complete his work.

On a bonded project, the process should begin with the owner immediately notifying the surety of the breach. As a next step and regardless of whether there is a bond in place, the owner should attempt to find an appropriate replacement contractor to mitigate or reduce its damages. Eventually, filing suit against the contractor for breaching the contract, including the consequential and incidental costs incurred, as well as any of the contractually agreed upon penalties, may be in order. Keep in mind, of course, than a judgment against a walk off contractor may be of little or no value if that contractor is insolvent or near bankruptcy. Working with a surety to obtain compensation while also searching for an appropriate replacement contractor will take considerable time and expense, during which period subcontractors and material suppliers will likely be lodging their own claims against all the parties they can name. And meanwhile, the project will undoubtedly be held up and delayed. Finally, the new contractor may well be more costly and projected costs and budgets will need to be recalculated upward.

A walk off contractor can very quickly become a runaway train. So do what you must to protect yourself in advance. Asserting your claims and recovering those damages to which you are rightfully entitled will be a whole lot easier if the right contract provisions are in place and the right steps are taken.