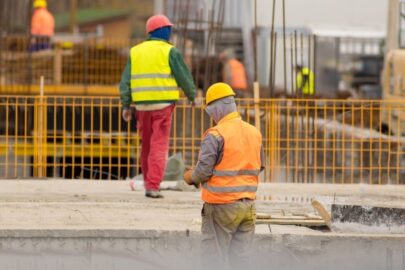 What to do when the Owner shuts down the project

As mentioned above, review the contract, particularly with regard to the notice and claim deadlines required to preserve compensation rights.  Make absolutely sure that the Owner issues the suspension order in writing, and double check that the reasons the Owner gives are accurate. Confirm that you have received the suspension order in writing, and be sure to state that the shutdown will cause additional costs and delays in the project.  Contracts may provide for equitable adjustments for suspensions, so it is important that costs associated with the delay are carefully and accurately noted and that they are kept segregated. Also, even if the next pay application is not yet due, submit one that captures all of the work performed up to the date of suspension.  Advise subcontractors and suppliers and the surety.

Section 14.3 of the AIA A201 General Conditions to the AIA contracts allows owners to suspend the work for whatever length of time the owner decides, but requires that the suspension be in writing and that the Contract Sum and Contract Time be adjusted for increases in the cost and time caused by the suspension, including profit.  Be careful, however, as the AIA contracts are often heavily edited and the relief provided under §14.3 may have been edited out.

ConsensusDocs also permits an owner to suspend the project for the owner’s convenience.  Section 11.1.1 of ConsensusDocs 200 provides that the suspension must be in writing and that the contractor is entitled to an equitable adjustment in the contract price and the contract time.  The subsection does not impose time limitations on claims for the equitable adjustment, but a contractor would be well advised to make such claims sooner rather than later.

Federal contracts contain two types of project suspension clauses, FAR 52.242-14 (suspension) and FAR 52.242-15 (stop work).  Although similar in purpose, there are some differences between them that contractors should be aware of.  Suspension may last indefinitely, but stop work orders are for 90 days, extendable upon agreement of the parties.  Profit is not recoverable on a suspended contract, but may be recoverable on a stopped project. Claims must be made after the suspension or stoppage are finished, as soon as practicable after termination of the suspension or within 30 days after the end of the work stoppage.  Cost recovery on suspensions is limited to suspensions that continue for an unreasonable period of time, but work stoppages entitle a contractor to an equitable adjustment if the stop-work order results in an increase in contract time or cost, the stop-work order is not canceled and the work covered is terminated for the convenience of the Government, or if the stop-work order is not canceled and the work is terminated for default.

The General Conditions of the Engineers Joint Contract Documents Committee contracts allows the owner to suspend the work for up to 90 days.  Suspension entitles the contractor to an adjustment in the Contract Price or an extension of the Contract Times, or both, directly attributable to any such suspension if Contractor makes a Claim within 30 days of the start of the suspension.