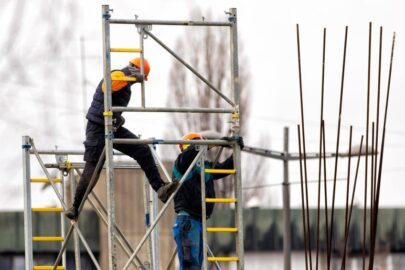 Unless you’ve been living under a rock for the last four months, you’ll know that the United States is suffering the effects of the most widespread viral outbreak since the so-called Spanish Flu of 1918-20[1].  Fortunately, technology, health care and communications have improved so much in the last century that we can track the progress of the disease, warn others of its approach and effectively coordinate protective and preventative measures across the country.

COVID-19 may be far less dangerous than the Spanish Flu, but it’s still no picnic.  One of the great difficulties with the disease is that you may not know for two to fourteen days whether you were infected by someone on your latest trip to a project site.  In the meantime, if you live in an urban area, you will come into contact with dozens of people every day, whether in public transportation, elevators, restaurants or any number of other busy locations.  Symptom-free carriers are believed to be the greatest source of new infections once the disease has settled into a new area. Additionally, the vast majority of cases are mild, some being so mild that the patient is unaware of the infection.  So, we have a disease that you might not know you are suffering from, that you can spread without knowing it, and that may affect others far worse that it affects you.

“We just don’t know yet,” is a common and accurate statement for the present state of affairs.  This is the reason that, of the myriad concerns that a contractor might have regarding the effects of the disease on his or her business, worker anxiety is far and away the greatest issue.

So, what are contractors doing to combat this disease?  The main line of defense at this time is to minimize contact between and among people.  If you are an owner, contractor or subcontractor, minimizing contact among workers may best be achieved by shutting down the project, but the ramifications of that path forward are dramatic and expensive.  In many instances, the decision to shut down or suspend will be taken out of the owner or contractor’s hands and imposed “from above” by the municipalities or the state.

[1] That disease killed more people than the First World War which was just finishing up as the pandemic started.