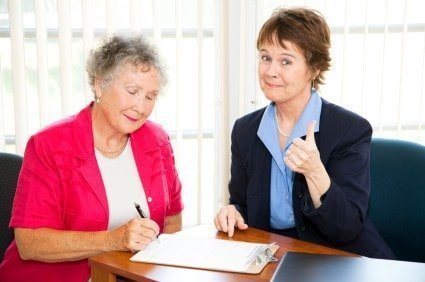 A salesman told a homeowner that once the alarm and fire detection system he was selling was in place, she should never have to worry about losing her house to a fire. He explained that if a fire ever started, the system was set up to alert her as well as the closest fire station. Convinced, the homeowner signed on the dotted line. But just two months later when a lightning strike caused a fire, the alarm system never contacted the fire department. The house burned to the ground.


The homeowner’s insurance company paid the homeowner’s fire claim, then sued the alarm company, which in turn defended itself by presenting a copy of the signed sales contract. That document stated in bold letters that no alarm system could guarantee prevention of a loss, and that the company would not be liable to the homeowner, even if damages were caused by the company’s own negligence.

While such clauses are generally not favored in the law, there is an exception if the language is a clear and obvious contractual expression of a disclaimer. In this case, the alarm company’s provision releasing it of liability for its own mistakes was sufficiently obvious and found to be enforceable.

Salesmen are permitted some leeway as to what they say without incurring liability, but it depends on what is said, when it is said, and whether the statement is actually reduced to writing. The salesman’s comments were made in what is legally referred to as precontractual negotiations. As such, they fell into the category of promotional and exaggerated statements presenting a subjective view of a product or service—statements on which a consumer should not rely.

The most important thing, of course, is the signed document. Be sure to have the right sales agreement in place, with appropriate disclaimer language. To do less should surely set off some alarms.

First published in The Journal of Light Construction (www.jlconline.com) in September, 2013.