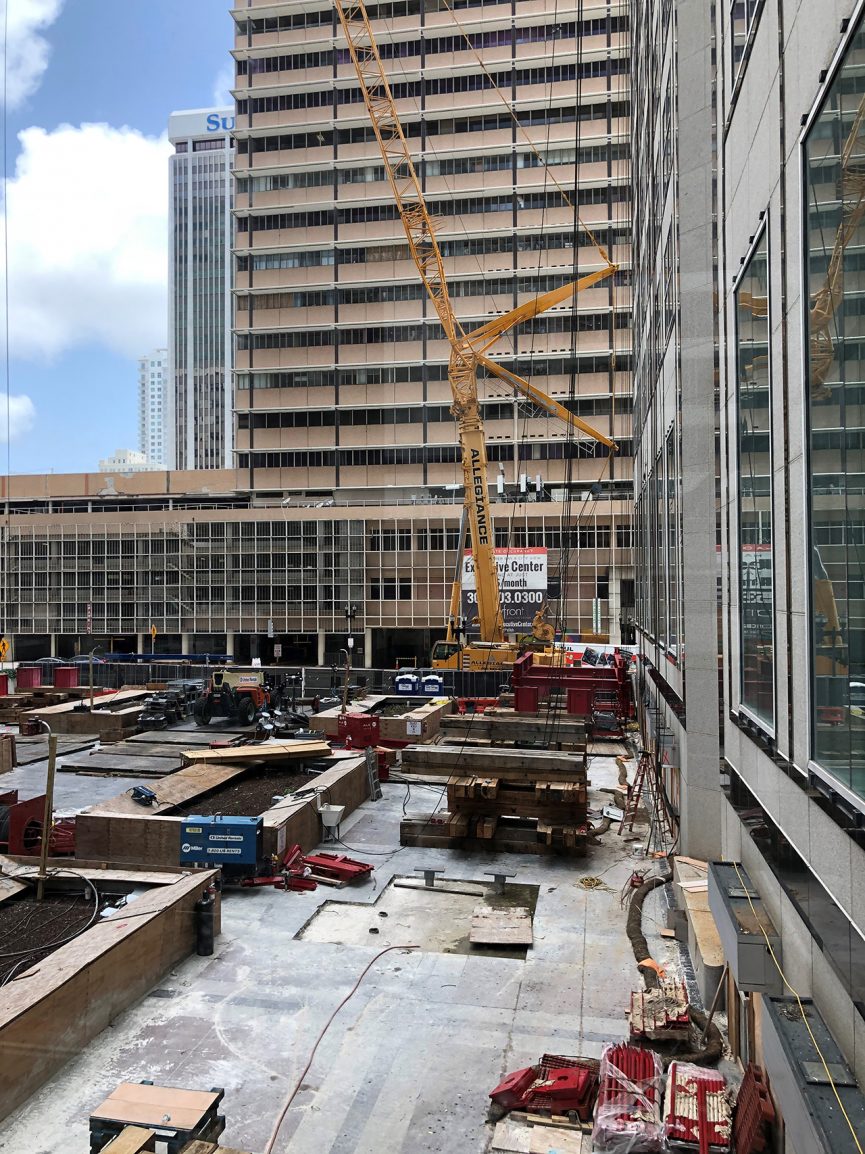 Several states[2] have banned these types of provisions on the grounds that they contradict public policy or that they impair a subcontractor’s ability to exercise its rights under state lien law.

Contractors include contingent payment provisions for understandable reasons.  Contractors generally operate on thin margins, and it could prove financially disastrous for a contractor to “finance the job” and pay all of its subcontractors and suppliers in advance of payment from the  owner.  Yet this rationale ignores the effect of non-payment on each subsequent step in the chain of contracts, as it is no less disastrous for a subcontractor to have to pay all of its sub-subcontractors, suppliers, and personnel out-of-pocket.

As a brief background, any entity or laborer who improves real property under a contract or subcontract has a right to claim a lien against the improved property in the case of non-payment.  Florida law prevents a lienor[3] from waiving its right to claim a lien in advance of performing the work.[4]  A payment and performance bond (“bond”), issued by a surety on behalf of the contractor, guarantees payment to subcontractors and suppliers, and guarantees that the contractor will complete the project.  It serves as substitute security for lienors, protects an owner’s property from claims of lien, and the right to claim against it may also not be waived in advance.

The issue to be reviewed below is twofold:

No, neither Florida’s Lien Law nor any other provision of the Florida statutes provides a basis for outlawing pay-if-paid clauses in their entirety.

Those states that have prohibited pay-if-paid clauses in their entirety have generally done so by a statute that specifically addresses this issue.  North Carolina’s N. C. Gen. Stat. § 22C-2 states that:

Performance by a subcontractor in accordance with the clauses of its contract shall entitle it to payment from the party with whom it contracts.

Similarly, Wisconsin’s Wis. Stat. § 779.135(3) explicitly prohibits clauses in contracts for the improvement of land which make “payment to a prime . . . a condition precedent to a prime contractor’s payment to a subcontractor, supplier, or service provider.

Florida’s statutes contain no such admonition and, until they do, pay-if-paid clauses will continue to haunt subcontracts.

Does Florida’s lien law provide a basis for pay-if-paid clauses unenforceable to the extent that they impair lien or bond rights?

On the other hand, Florida law does provide a basis for finding that clauses impairing lien or bond rights are unenforceable.

Notwithstanding the law, numerous subcontracts contain language similar to the following:

Other subcontracts contain language, or similar language, to the below clause, which explicitly precludes bond claims:

One of the most egregious examples of an unenforceable payment clause is the following:

Subcontractor […] hereby covenants and agrees not to file any lien or make any claim against the Project […], or file any lien, make any claim […] against any monies due or to become due to Contractor, in accordance with any statute, state or federal, for any cause whatsoever.

Under Florida law, all three of these clauses are at least partially unenforceable.  The clause, “the price shall be a non-recourse obligation” is particularly severe, as it requires the subcontractor to agree that it has no recourse of any kind regarding payment.  Such language arguably creates an unenforceable illusory contract.  See, Pan-Am Tobacco Corp. v. Dep’t of Corr., 471 So. 2d 4, 5 (Fla. 1984) (“It is basic hornbook law that a contract which is not mutually enforceable is an illusory contract.”).  More to the point, such a clause requires the subcontractor to give up its lien rights in advance and is therefore unenforceable.

The second example, which makes payment from an owner an express condition precedent to bond claims, is equally unenforceable because it requires a subcontractor to give up its claims against the surety, a clear violation of § 713.24 (1)(f), Fla. Stat. (2019).

The third example is a flagrant violation of Florida law in that it blatantly requires a lienor to abandon all recourse, whether or not guaranteed by state or federal law and whether or not the prime contract provides for recourse.

Contractors have also attempted to circumvent the language of the statute granting the right to a lien[5] by claiming that “no funds will be owed to Subcontractor by Contractor” unless the owner has made payment.  Unless price is designated as a non-recourse obligation, which would render the contract as a whole unenforceable, such a statement ignores the distinction between the accrual of a debt (“owe”)[6] and the obligation to make a payment (“due” or “payable”).[7]  Performance by the subcontractor creates a debt that is payable according to the terms of the subcontract and if the obligation to pay the debt does not exist but for a condition over which the performing party has no control, we again have an arguably illusory and unenforceable contract.

Can the unenforceable clauses be excised from the contract?

Contracts often contain a “severability” or “savings” clause that allows a court to sever unenforceable provisions from a contract while preserving the validity of the remainder of the contract. However, not all contracts are severable.  In Local No. 234 of United Ass’n of Journeymen & Apprentices of Plumbing & Pipefitting Indus. of U.S. & Canada v. Henley & Beckwith, Inc., the Florida Supreme Ccourt held that the unenforceable portion of a contract is only severable if it does not go to the essence of a contract and if, with the unenforceable provision removed, “there still remains of the contract valid legal promises on one side which are wholly supported by valid legal promises on the other.”[8]

Applying this principle to pay-if-paid clauses, it would appear to be a simple matter to remove the unenforceable provisions and thus permit lien and bond claims to go forward.  However, some subcontracts are so focused on strengthening the pay-if-paid clause that they include language making the clause a material term of the contract.

It is not unusual to find clauses that require the subcontractor to acknowledge that acceptance of these contingent payment terms is a material inducement to executing the subcontract.”  One example reads as follows:

Florida courts have held that “material” and “essence” are, in effect, synonymous,[9] observing that “[w]here…lender’s notice letter varies from [the contract] in a way that goes to the essence of the parties’ bargain, the variation is material and the lender has failed to satisfy a condition precedent to the foreclosure action.”[10] Accordingly, one can make a colorable argument that to strike an unenforceable term that is a material inducement in a pay-if-paid clause is to strike at the essence of the contract and render it void in its entirety.

Does the inability to waive bond claims rights operate to negate pay-if-paid altogether?

The inability to waive bond claims has the practical effect of negating pay-if-paid clauses on projects where there is a bond.

However, that does not mean that the pay-if-paid clause is inherently unenforceable.  It is unenforceable as to the surety who, upon having made payment to a subcontractor, will seek recovery from the contractor, de facto negating the payment clause.  The situation would unfold as follows:  a subcontractor demands payment from a contractor, who will claim non-payment by the owner as a defense.  The subcontractor then timely files a Notice of Non-Payment pursuant to Section 713.23 (1)(d), Fla. Stat., putting the surety on notice that it has not been paid.  Although the surety will likely attempt to assert the defense of non-payment by the owner, it will eventually be required to pay the subcontractor.  Because the cost of a surety’s payments or performance is the responsibility of its principal, the contractor, the surety will look to the principal to recover what it has paid out to the subcontractor.[11]

What is the effect of incorporating the direct contract?

Where a direct contract required a contractor to make payment to its subcontractors in advance of final payment from the owner, and the subcontract contained a pay-if-paid clause, the Florida Supreme Court held that an ambiguity existed, and that “such ambiguity must be resolved against the general contractor.”[12] Moreover, the ambiguity prevented the pay-if-paid “provision from effectively shifting the risk of the owner’s nonpayment from [contractor] to [subcontractor].  [Contractor] thus remains liable for the final payment owed [subcontractor].”[13]  .  The Fifth district court has also held that “[b]y incorporating the prime contract into the subcontract, the pay-when-paid clause becomes ambiguous,”[14] thus converting a pay-if-paid clause to a pay-when-paid clause, the latter being widely as requiring payment to a subcontractor within a reasonable time.[15]

Contractors attempt to circumvent this by inserting language into the subcontract that raises the statute of the pay-if-paid clause above anything else in the contract documents.[16]  One example is the following:

Notwithstanding anything to the contrary contained within any of the Contract Documents, including, but not limited to, Contractor’s agreement with the Owner, receipt of payment by the Contractor from the Owner for the Subcontractor’s Work is a strict condition precedent to [payment to subcontractor].

Such efforts may be of no value in shifting the risk of payment to the subcontractor.  If this clause contradicts the terms of the direct contract, an ambiguity still exists, and such ambiguity will be resolved in favor of the subcontractor to create a pay-when-paid clause.

Subcontractors have historically had difficulty receiving payment, and contingent payment clauses have exacerbated such problems.  However, it was once much worse.  More than a century ago, the Kansas City Court of Appeals was confronted with a case where a subcontractor had entered into a contract that provided for payment outside the time limits for imposing a lien claim on an owner’s property.[17]  Therein the court noted that:

[t]he necessary consequences [of a contract that provided for final payment after the time to record a lien had run] would seem to be that, if a party places himself in a position which renders him unable to bring suit to enforce the lien within the time limited, he thereby virtually waives it, having deprived himself by his own voluntary act of the right to enforce it.[18]

Fortunately, the law has substantially evolved since that time.  Although contingent payment clauses are enforceable in Florida, they only provide temporary protection to the general contractor, and none to the owner or to the contractor’s surety.  Notwithstanding contrary language in a subcontract, an unpaid subcontractor retains the right to record a claim of lien and the right to claim against a payment bond.

[1] Suppliers are generally exempt from this requirement.

[2] In California, Delaware, Nevada, New York, North Carolina, South Carolina, and Wisconsin, payment to a subcontractor cannot be contingent on payment from an owner.  In Illinois, Indiana, Kansas, Maryland, Montana, Ohio and Utah, impairment of lien or bond rights is unenforceable.

[4] These clauses were once buried in subcontracts, leaving the subcontractor with no more than a breach of contract action against a general contractor.

[7] Due, Black’s Law Dictionary (7th Edition 1999) “DUE: 2. Immediately enforceable (payment is due on delivery).”  No known case law addresses the distinction between “owing” and “due.”.

[11]  A lot of time and legal fees could have been saved by paying the subcontractor directly.

[16] “Contract Documents” is a term used to refer to the direct contract and its exhibits, the plans, specifications and other documents regarding the project.  They define the roles, responsibilities, and scope of the construction contract, and legally bind the parties.