Complaining Can Get You Sued 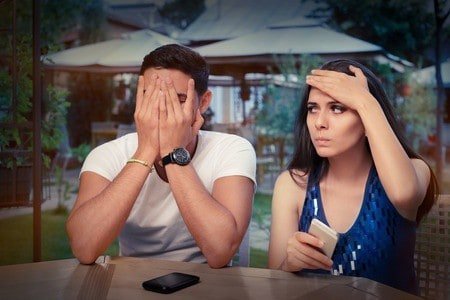 You may be surprised to learn that users complain on social media approximately 900 million times a year. Whether on Yelp, Facebook, or other social media platforms, folks aren’t shy about criticizing a service or product. Problem is that those complained about have begun to push back – hard.

A couple, unhappy with flooring work performed at their home, posted a negative review on Yelp, calling the contractor’s work “deplorable.” The contractor sued for defamation, alleging he lost 167 projects and over $600,000 of revenue in the 8 month period after the negative review appeared. Having spent $65,000 in legal fees (twice what they originally paid their contractor for the problem floor), the couple decided to throw in the towel, saying it was simply cheaper to pay the contractor some “go away money”, $15,000 to be exact, than go to trial.

Is it Fact or Opinion

The courts look at one thing when these cases come up – are the online complaints presented as fact or just opinion? If opinion, they shouldn’t have any intent to damage. As such, they are generally not actionable.

But that is not the case if the complaint is communicated as fact. A court fined an angry customer $1,000 for bashing a business on Yelp, finding that her comments crossed the line. She had gone on Yelp repeatedly to complain, saying in one rant that the contractor was a “con artist”, his offers a “scam”, and his actions intended to “rob” customers. The judge determined these sort of statements unreasonably attacked the contractor’s integrity and business practices and were intended solely to damage his business reputation.

Big Penalty For Crossing the Line

And that’s not the worst result. Recently, a judge found that a divorcing couple’s bad reviews of the wife’s lawyer constituted libel. The couple’s defense was that their reviews, complaining about the attorney’s integrity and honesty, were protected under the First Amendment and their right to free speech. The court said no, not in this case, because their statements were false. The judge hit the couple with an order to pay $350,000. Ouch!

If you’re going to gripe online, do a couple of things first. Wait a day after you’ve written your negative post – cool off and then see if you still want to send what you’ve written. Also check to see if you have available insurance coverage which might apply if you’re sued for your post.

Expressing yourself can come at a price – be careful.