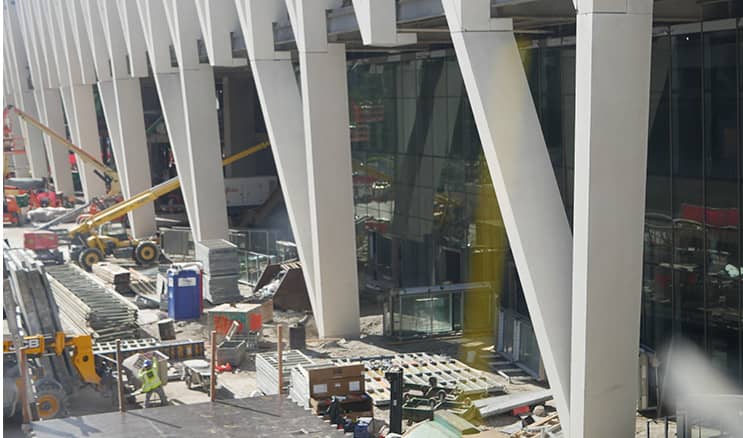 A construction company holding a signed non-compete sued its ex-employee as well as the company the ex-employee went to work for. It argued that the non-compete agreement was supported by legitimate business interests and was valid and binding. The former employee was a senior project manager with access to a lot of confidential and proprietary information and a database rich with information on customer preferences and profitability – information not generally available to the public and surely desired by the company’s competitors.

The employee, who said he had resigned when the company instituted a new compensation structure and didn’t pay him what he was owed, believed the company’s actions cancelled out his obligations under the agreement.  The company, he thought, had treated him improperly and therefore lost its ability to enforce his non-compete.

He was wrong.  His agreement not to compete was not impacted by these other issues. The existence of any claim against the company, even if valid, would not overcome the enforcement of his non-compete.

When drafting these provisions, know that the initial threshold requirement to their enforcement can sometimes be the most difficult – is there a legitimate business interest of the employer that needs to be protected through a non-compete, such as proprietary or confidential information, trade secrets or customer lists, that shouldn’t get in the hands of a third party?  And even after establishing this, an employer still needs to show that the restriction being imposed is not overly broad and is only limited to those geographic areas related to the employer’s business.  The terms of the agreement should also not be unnecessarily long – two years has become customary in   many jurisdictions.   Finally, some benefit must be received by the employee for agreeing to the non-compete.  To be enforceable, a non-compete must be necessary to protect an employer’s interests, reasonable in time and scope, supported by consideration or benefit, and uniformly applied.

Non-competes in the construction industry are fact specific – one size does not fit all.  For example, some employers think they can have employees sign such agreements anytime – even after they’ve been working at the company for a while.  But without providing something of value in exchange, employers may end up with an unenforceable agreement.  Also attempting to restrict a worker for too long or too far could result in a court finding that the non-compete is too broad.

Employers often overestimate the loyalty of their employees or simply underestimate their worth.  In either instance, they will be sadly disappointed when that valuable employee leaves.  A non-compete, whether it is part of an employment agreement or a standalone restriction, is absolutely critical in protecting a construction company’s investment in its people, customer relationships and its know how – all of which can just walk out the door if you don’t have a valid and enforceable non-compete agreement.