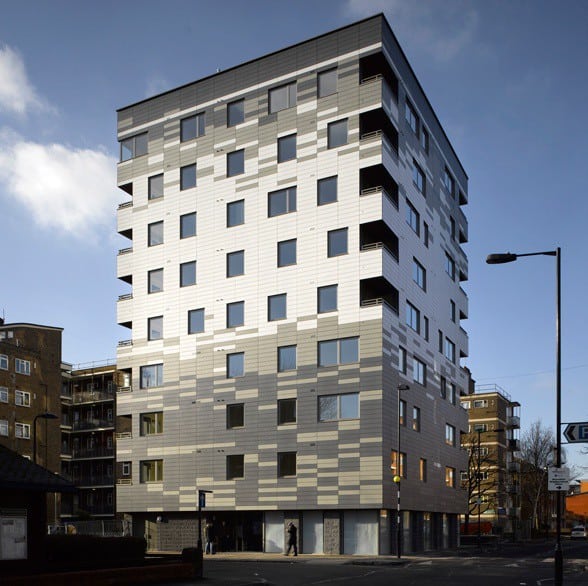 One of our readers brought something to our attention. He was intrigued with an article in Popular Science magazine describing how multistory buildings can be constructed with cross laminated timbers. With the first in London at 9 stories, and plans for a 34 story skyscraper in Stockholm, and another hi-rise made of wood in Vienna, the interest appears to be sparked by the fact that wood is cheaper, easier to assemble and more fire resistant.

Could we be seeing plyscrapers in our future, beginning to compete with more traditional skyscraper construction? For one, building with wood is supposedly safer in a fire. Where metal could melt all the way through in a blaze, a wooden plank may only char on the outside but seal the wood on the inside. And engineered wood is more advanced than ever, with cross laminated timber becoming accepted as a less expensive alternative to traditional concrete and steel construction.

But the question remains, will there be a large enough market for such buildings? Our reader thought not, and we agree.

The nine-story Stadhaud in East London, thought to be the tallest timber residential structure in the World.