I Sent a Bond Claim/Notice of Nonpayment. Now What? 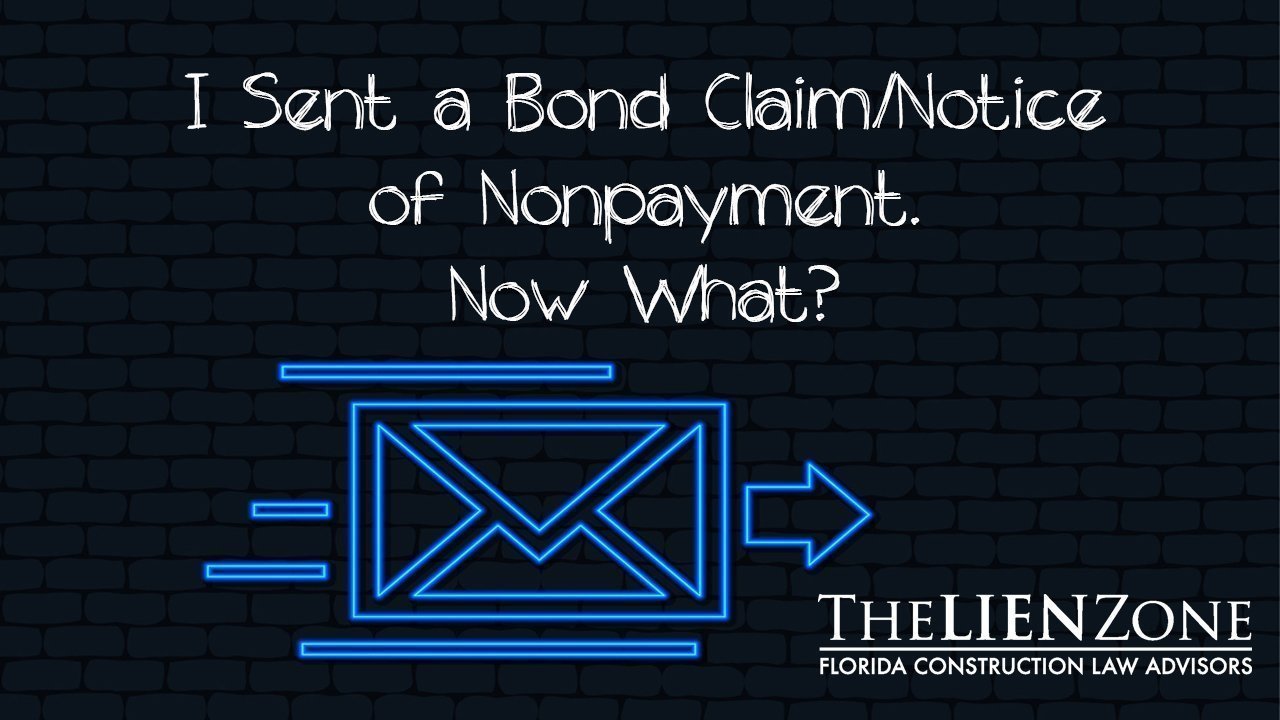 What happens after you send your Notice of Nonpayment? What steps can you take to increase the likelihood and reduce the time it takes to get paid.

Who is the principal?

The contractor is called the principal in this three-party agreement between the principal, surety and obligee. The principal applies for a bond from a surety which provides assurance to an obligee (such as a supplier that) it will do what it is supposed to.

As part of the underwriting process, when contractors want to become bonded, the surety (an insurance company that is able to write surety bonds in the state) has the contractor (the principal) sign what’s called an indemnity agreement. This is an agreement that says “I the principal agree to pay back the surety for any losses that the surety may suffer.”

This is not like car insurance where all you need to do is to pay your premiums, and they’ll cut you a check if your car gets damaged in a an accident. They’re not asking you to pay them back for that car.  Suretyship is very different. If the surety writes a check, they’re going to look to their principal to recover all of the costs and fees associated with the loss. To do that they get what’s called an indemnity agreement and that agreement is typically signed by the contractor that is bonded and many times by the owners of the construction company either individually or with their spouses.

They are on the hook and in many times, personally on the hook. Once the surety is satisfied that they have their underwriting taken care of, they will go ahead and issue bonds to the projects that the contractor asked them to issue bonds on.  The surety owes a duty to both the principal (contractor) and the obligee (claimant – subcontractor or supplier). They are in the middle of this relationship where they have to do right by the principal as well as to you the obligee.

What happens once you submit your claim to the surety?

When the surety receives the Notice of Nonpayment, they will prepare two letters. The first letter is a letter to the principal (contractor) asking them about the claim. They will take the information that you submitted as a subcontractor, sub-subcontractor or supplier and send it to the contractor. That letter typically says ‘we have received this claim from this claimant. Please tell us about the claim and whether or not you believe it’s due. At the same time, the surety sends a letter to you, the obligee (claimant), asking for backup. Once the surety sends these two letters, they wait for responses back from both the principal (contractor) and you, the obligee (claimant).

Most sureties will give you a blank form and ask you to fill in pertinent information about your claim. When did you start? When did you finish? Do you owe anybody money on the job? How much are you owed? How much did you bill? They will ask you to attach all the backup and to sign and swear under penalty of perjury that everything that you’ve submitted is true and accurate. Through the sureties send these claims out, in Florida and in most states, you do not have to respond to that proof of claim. There is no legal obligation to do so. There is a perception that if you don’t submit the proof of claim that the surety won’t pay you. That is not true. Since there is no legal obligation to submit the proof of claim, that is not a reason for the surety not to pay you. They will sometimes tell you that’s the reason, but legally, that’s not a permissible defense in most states. However, if you complete it and you submit it, the surety will take that backup and the proof of claim and send it back to the principal (contractor), asking for their position on the claim.

Let’s assume you decide to submit the proof of claim and your backup. What does the surety do? In most instances, unless the principal (contractor) is willing to pay the bill, the surety is not going to write a check voluntarily. Remember that we talked about this indemnity agreement that the surety has with the contractor. If the surety writes a check, they are going to go back to the principal for a refund. The surety doesn’t want to be out of pocket if they can avoid it. In many instances and especially when you have larger and financially sound contractors that are bonded, the surety will do what the contractor (principal) tells the surety. So, in many instances, the primary defense that the contractor has is that the owner hasn’t paid them. But here in Florida and in most states, that by itself is not a valid reason for a surety not to pay a claimant.

What do you do if you’re not getting the response that you need so that you can get paid?

Filing a suit to enforce your right is effectively the next step if the surety is unwilling to pay you and you don’t have another reason why you want to wait. We have found that the most effective time frame to file a suit is about 60 days after your Notice of Nonpayment. In most instances and in most states there is no obligation to wait longer than the day after you file your Notice of Nonpayment. So, you don’t have to wait for a specific period of time. However, it is sometimes worthwhile to wait because you can get paid without having to file a suit. But when it is 30 to 60 days after you have submitted your Notice of Nonpayment and if you haven’t been paid, then you should seriously think about filing a lawsuit to enforce your rights. This is because waiting any longer is not necessarily going to get you paid.

Why waiting longer may be a good idea

You may have a great working relationship with this contractor, the principal, on the bond. You may have other jobs going with them, and those jobs may all be bigger than the one that you’re owed money. And as long as you don’t lose your rights, you may decide to keep waiting for business reasons.

If you don’t have a business reason to wait, then waiting typically won’t help you get paid.

Few tricks and tips that can help

The first thing you need to know about any type of collection is that the squeaky wheel gets the grease. Once you submit your Notice of Nonpayment and the backup, then you should be calling the claims handler at the surety on a regular basis asking about the status of your claim. You can do that weekly. Also, send emails. The more persistent you are about getting to the bottom of why you haven’t been paid, the better off you will be. Don’t just submit your claim and then do nothing. You need to spend time and effort following up with the people that owe you the money.

If you decide to wait, make sure that you don’t wait too long. A client once submitted a Notice of Nonpayment after which he received the letters we talked about. Every month or two, he would follow up with a surety asking about the status, and he would get a generic response that they are still looking into it. The client kept waiting. In most states, Florida specifically, the limitation period to file a suit on a surety bond claim is one year from your last work on the job. After about a year and a month, the client received a letter from the surety that said that the claim has now been denied because it is past the time period for the claimant to file a suit on the payment bond. The client thinking that the surety was actively investigating its claim and trying to get to the bottom of matter effectively waited too long and lost its rights on the payment bond. Under no circumstances should you wait past the period of time that you have to file suit under the law on your bond claim.