What is Bid Rigging? 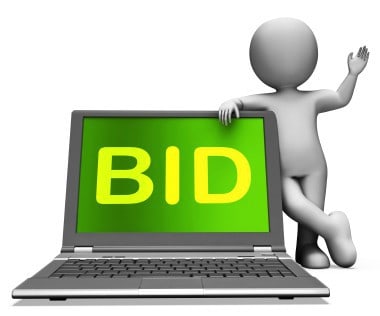 There are different ways to rig a bid. Contractors get together and illegally collude to control the bidding process. There is bid suppression where someone agrees not to bid so another can obtain the award; there is also bid rotation where contractors take turns winning the award, usually have all but one bidder intentionally bid too high a price. Both are unlawful and considered prohibited practices across the country, generally punishable by fines, imprisonment and debarment (exclusion from future government work).


The concern over bid rigging is so great that even when related parties are involved in a bid, there is a presumption that something is wrong, even though there may not be. For example, Florida construction law, specifically the Miami-Dade County Code, states in part: “Notwithstanding any other provision of this Code, when two (2) or more related parties each submit a bid or proposal for any construction contract subject to this article, such bid or proposal shall be presumed collusive.”  What this means is that bidding a job as both a prime and as a sub to a different prime could be problematic.  The section goes on to state: “The foregoing presumption may be rebutted by presentation of evidence as to the extent of ownership, control and management of such related parties in the preparation and submittal of such bids or proposals.”  However, this safe harbor provision would not likely protect the exact same entity bidding as both a sub and prime.

While it may not happen often, in those instances where a subcontractor may have the opportunity to bid a job as both a prime and as a sub, the more prudent course of action may be to pick one and submit a bid as either the prime or the sub.  An excellent reference article, “A Guide to Combating Corruption & Fraud in Development Practices” is a must read on this issue.