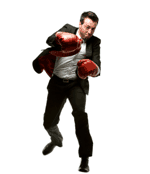 In today’s post-boom construction environment, claims by project owners of construction defects, wrongful or otherwise, are all too common. Because the potential for damages and litigation expense associated with such claims can be substantial, a contractor would do well to have a working knowledge of his rights and responsibilities under a commercial general liability (“CGL”) insurance policy, especially the carrier’s “duty to defend”.

Under a standard form CGL policy, an insurer will typically exercise two separate and distinct duties to the insured-contractor. First, the standard policy will typically provide a “duty to defend” the contractor when a lawsuit is filed, to the extent the suit raises claims potentially within the coverage afforded under the policy. The duty to defend is generally what it sounds like: the insurance company pays an attorney to defend the contractor, subject to the terms and conditions of the CGL policy. This coverage is critical considering the potential cost of defending a defect claim to completion. Second, the standard policy provides a “duty to indemnify” or to pay sums, to a third party, which the contractor may become “legally obligated to pay”. Again, this would be subject to the policy’s coverage and limits.

This article is limited primarily to the insurer’s duty to defend the construction defect claim.

The first step after a claim is lodged is for both insurer and insured to determine whether the allegations against the contractor state a claim which potentially falls within defined coverage (e.g. the policy’s insuring agreement, endorsements, exclusions, and exceptions to the exclusions). The CGL insurer’s duty to defend is triggered by the allegations contained within the four corners of the complaint – not by the facts as may be later proved in court, nor the contractor’s version of the facts, or even the parties’ initial defenses. Where there is any doubt about whether the duty to defend applies, the issue must be resolved by a court in favor of the insured-contractor. Florida courts, for example, have held that the duty to defend is broader than the duty to indemnify because the insurer must defend the case even if the facts alleged are actually untrue or the legal theories presented are flawed.

At this point, you may be asking yourself, what are those magic words which cause the duty to defend to kick in? The short answer is an allegation that will “fairly and potentially” bring a claim within the coverage of the policy. The long answer is that, subject to the policy’s terms, exclusions and exceptions to exclusions, a standard CGL policy will provide coverage for an “occurrence” that has caused “property damage” (or bodily injury) within the policy’s coverage period. There is a lot to unpack in this sentence. Luckily, one state’s Supreme Court did just that in a 2007 case.

As a rule of thumb, to trigger the insurer’s duty to defend, the allegations of the complaint should set forth a defect caused by the contractor or its subcontractor(s), (e.g. “occurrence”) which in turn caused damage to property other than the contractor’s (or its subcontractor’s) own work and which damages are within the coverage timeframe and terms and conditions of the policy. Know also that a construction defect caused by a subcontractor, not intended or expected by the general contractor, could constitute an “occurrence” under the language of the general contractor’s CGL policy.

Although the insurer typically assigns defense counsel, an insured may request a particular lawyer, possibly its own attorney, as long as he/she is experienced with the particular claims being alleged and he/she is willing to handle the matter in accordance with the insurer’s guidelines.

One thing is certain – a contractor’s ability to trigger coverage under an applicable policy is absolutely critical. Just one significant uninsured defect claim could easily bankrupt most contractors.